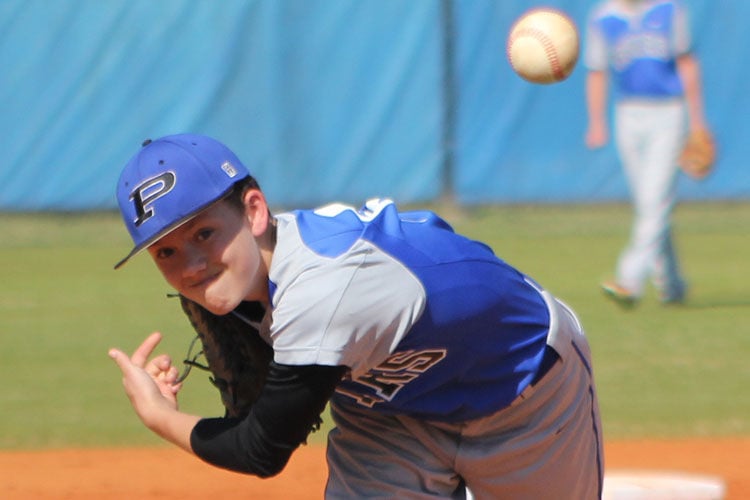 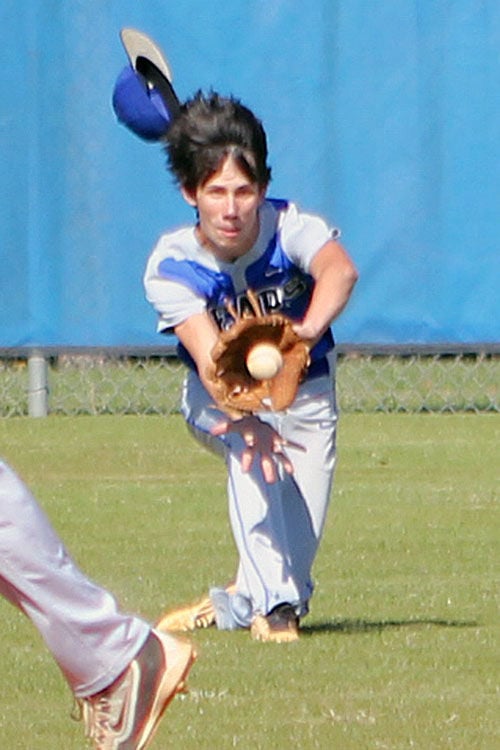 Luke Echols makes a diving shoestring catch of a soft liner out to centerfield during the second inning of Wednesday’s playoff game.

The Bears struck for three runs in the first inning and built an 8-0 advantage through three innings en route to the victory.

PCMS banged out four hits during the three-run first. Avery Jernigan hit into a fielder’s choice scoring Todd Carter (2-for-4, three RBIs), who led off the inning with a single. Gage Pippen (2-for-4) followed with a run-scoring double and Andrew Walsh (2-for-4) added a run-scoring single for the quick 3-0 lead.

The Bears plated a run in the second with Jernigan’s groundout scoring Carter, who reached on a fielder’s choice and advanced around the bases on an error.

Pierce Middle broke the game open with a four-run third. Three consecutive one-out walks to Dawson Yarbrough, Jaden Crews (1-for-3) and Spencer Hughes loaded the bases. Following the second out, Carter laced a bases clearing triple that eluded the diving effort of the Brantley Middle centerfielder. Austin Jernigan (2-for-3) lined a run-scoring single two pitches later for an 8-0 lead.

What to Know About Financial Advising Career Paths

4 Questions and Answers to Help You Manage Severe Asthma