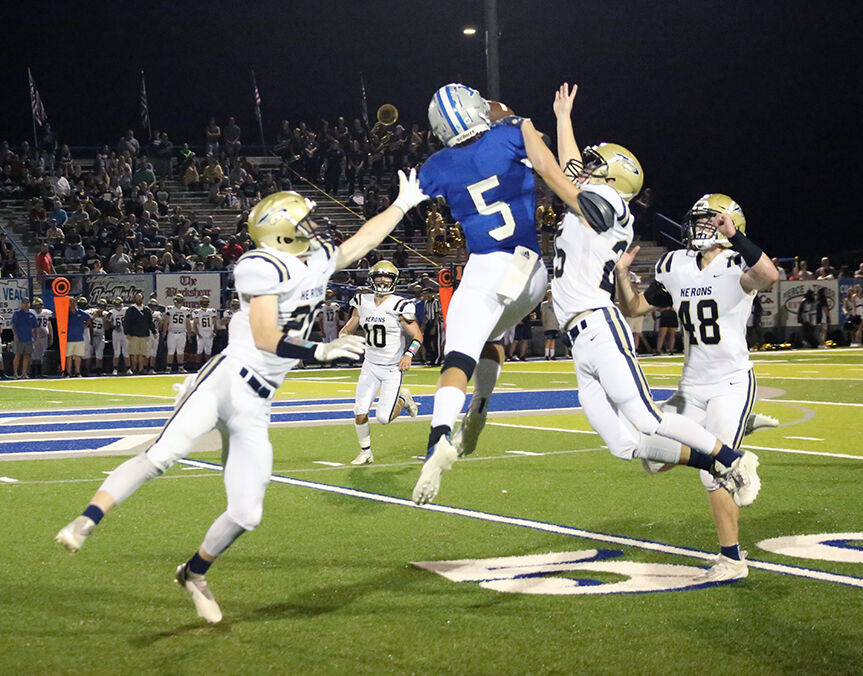 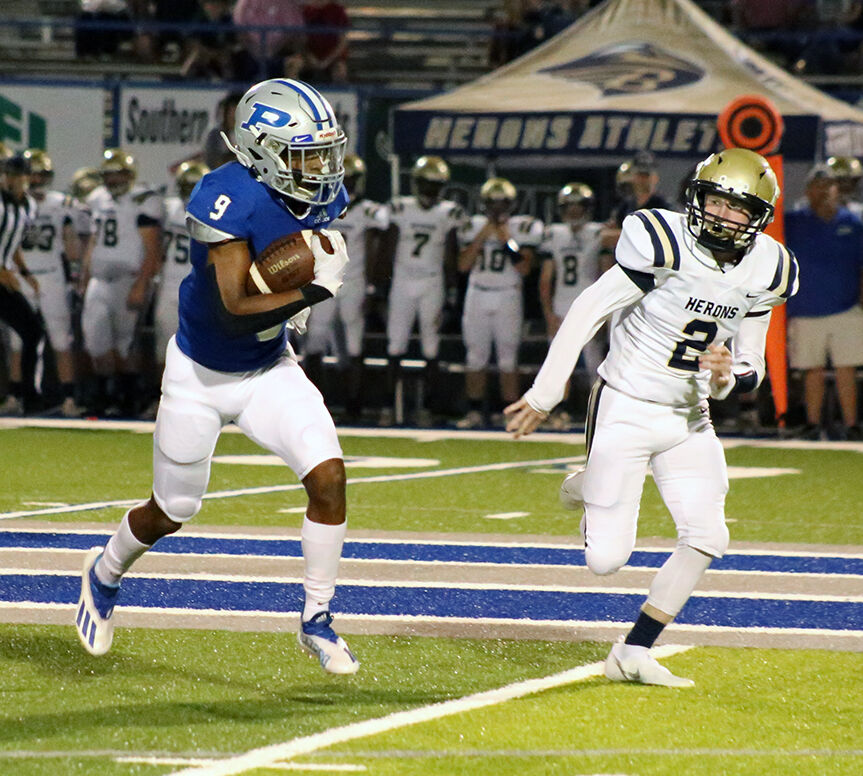 The Bears (5-2 overall, 1-0 region) scored on their first five possessions building a 35-0 lead midway through the third quarter in winning a 15th consecutive region game since the start of 2018 and 11th straight over Brantley County.

PCHS scored on runs of 60 (Daytin Baker) and 71 yards (Donelius Johnson) while adding a 40-yard scoring toss (Baker to Luke Bennett). Pierce County totaled six plays of 21 yards or better in piling up 399 yards of total offense including 315 in the first 24 minutes on 23 snaps. The Bears had a season-high 132 yards passing.

“We got off with a bang on the first play with Daytin’s run,” said PCHS head coach Ryan Herring. “I thought we played pretty good football on both sides of the ball. We missed some simple blocks that hurt us offensively. I thought our play-action passing game was great.

“Defensively we bent a little, but our starting unit got another shutout. The big thing is we started region play with a win. Anytime you can win Game 1 that’s big.”

Both Johnson (nine carries, 117 yards, two touchdowns) and Baker (11 carries, 100 yards, touchdown) reached the 100-yard rushing mark and threw a touchdown pass apiece. The pair of 100-yard games were the first for PCHS since 2014 when Micheal Bush and Josh Henderson accomplished the feat.

“Anytime you get two backs with over 100 yards it comes back to blocking up front and the backs doing a good job of running the ball,” said Herring. “Both are fine young men and I’m proud of what they accomplished.”

The Bears’ defense allowed just 133 yards with 83 coming on a catch-and-run pass play by Brantley County (2-4, 0-1) on its final play of the game with four minutes to play. PCHS’s run defense limited the Herons to seven yards on 20 attempts.

BCHS had two nine-yard runs for its biggest gains. The Herons lost 29 yards on six stops behind the line of scrimmage. Leading rusher Kendall Wright netted just 13 yards on 10 carries.

“We wanted to come out and establish a run game and throw the ball out in space,” said Brantley County head coach Geoff Cannon. “Unfortunately, this is where we are at against teams of Pierce County’s caliber. I am proud of my guys, though.

“Their eyes were not glazed over and by that I mean the moment was not to big. There were no mental lapses and we did not give up a special teams touchdown for the first time in four meetings.”

The Bears wasted no time in setting the tone with Baker racing 60 yards for a score on the initial snap of the game. Jonah Allen’s first of five PAT’s gave Pierce County a 7-0 lead just 15 seconds in.

“The first touchdown on the opening snap and the one just before the half on fourth down were huge,” said Cannon.

Brantley County’s opening possession covering eight time-consuming plays and eating 6:06 off the clock ended with a punt, the first of five kicks in eight series.

PCHS followed with an 11-play, 80-yard drive spanning the first and second periods chewing way 6:59 of the clock. The big play of the possession was a 45-yard pass from Baker (4-of-5,121 yards) to tight end Ty Everson setting up Johnson’s first score one play later from two yards out for a 14-0 lead 10:40 before intermission.

The Bears followed a second punt by Brantley County with Johnson’s 71-yard scoring burst off right tackle with 5:26 remaining in the first half. The run capped an 82-yard scoring drive over four plays in 2:13 giving the home team a 21-0 advantage.

The lone turnover of the game came on Brantley County’s ensuing possession. A kick out of bounds gave the Herons their best starting field possesion of the half at their own 35.

Aided by two PCHS penalties (11 for 132), BCHS reached the Bears’ 32 following an eight-yard pass from Kirkland Cannon (7-of-11, 126 yards) to Kellon Middleton (one catch, eight yards). A fumble on the ensuing snap was recovered by Pierce County’s Danarius Johnson.

PCHS followed with its third touchdown of the second period with Baker hitting Luke Bennett (two catches, 50 yards) in stride for a 40-yard strike on 4th-and-18 with 25 seconds left in the half extending the margin to 28-0.

The Bears struck for 26 yards on the initial snap of the seven-play, 68-yard drive with Baker connecting with quarterback turned tight end Carson Sloan.  A 43-yard touchdown run by Baker two plays later was nullified by a penalty, the first of two in a three-play sequence assessed to the PCHS offensive unit.

After getting a defensive stop on the Herons’ opening drive of the third quarter, Pierce County went 63 yards in six plays consuming 3:16 of the clock to build a 35-0 advantage at the midpoint of the period.

Donelius Johnson’s 21-yard gallop was the big play with Brantley County helping to move the chains with a pass interference call. The Bears scored three plays later when Johnson faked a run into the line and hit tight end Knox Bennett with a four-yard jump pass.

Brantley County only ran four plays in the fourth quarter played with a running clock. It was the fourth play that averted the shutout.

Pierce County gets its second bye of the season this week following a brutal four-week stretch of Clinch County, Fitzgerald, Rabun County and the region opener. The Bears travel October 22 to Ludowici to face Long County (3-4, 0-1)

Brantley County returns home Friday, October 15 to the friendly confines of Caney Bay to host the Blue Tide, who fell 41-8 at home to fourth-ranked and unbeaten Appling County (7-0, 1-0).