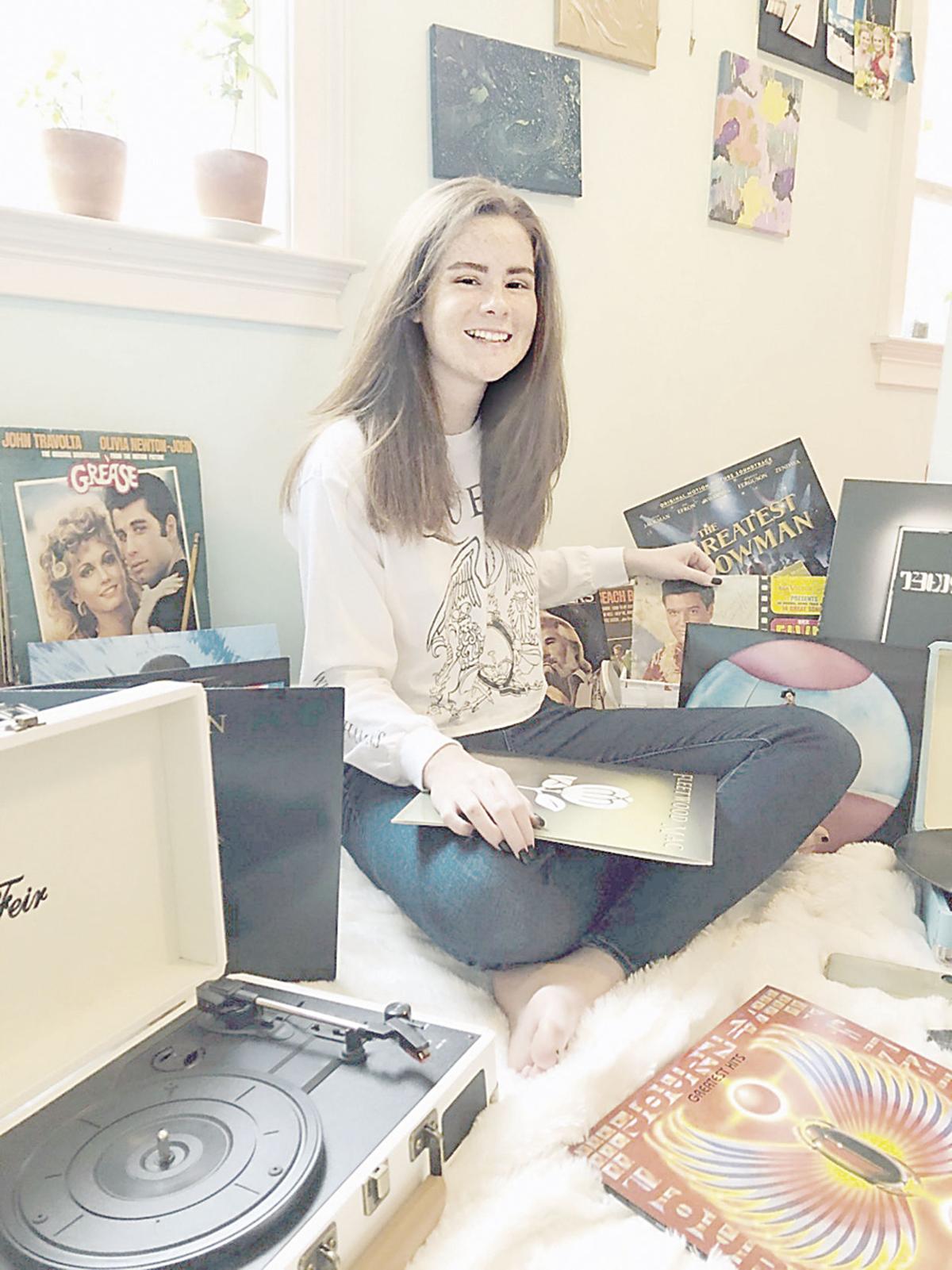 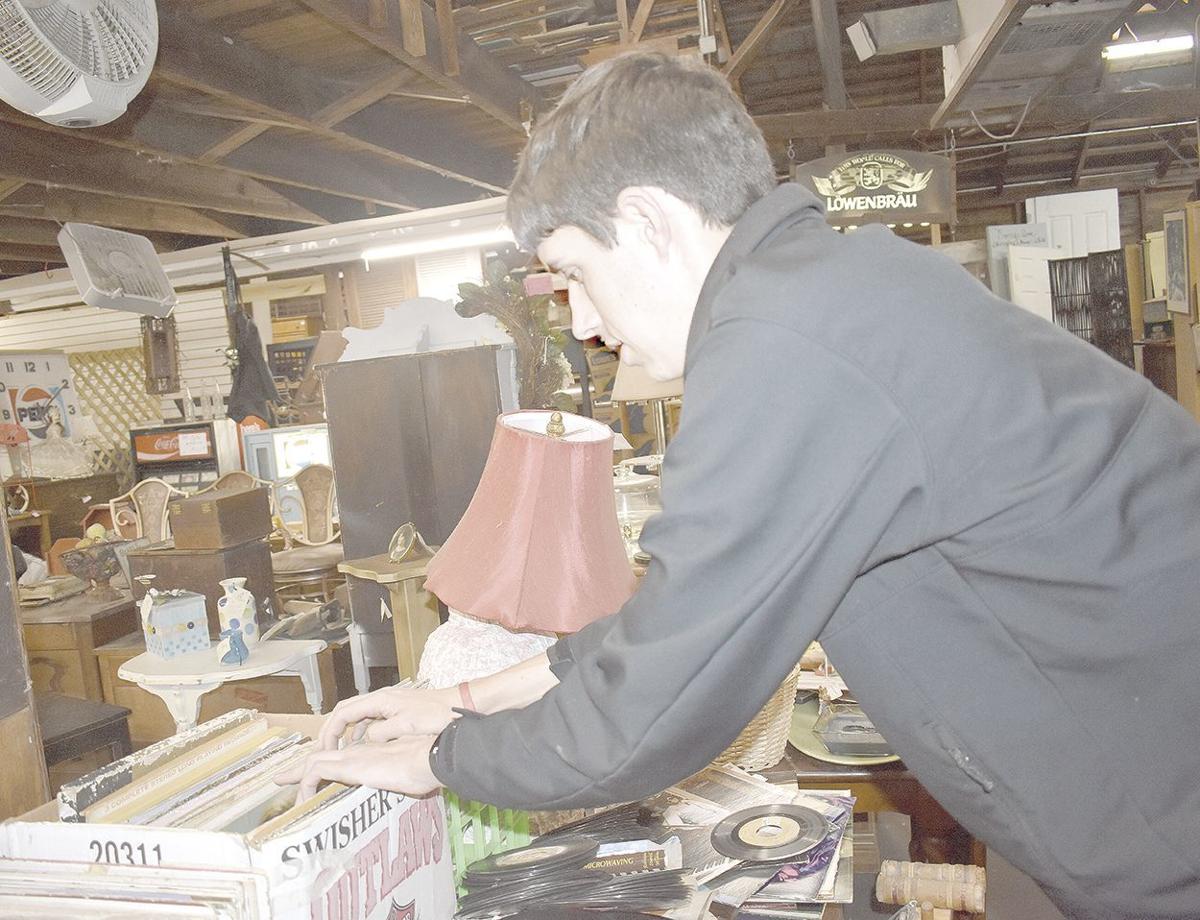 Record sales will surpass CDs in 2020

Vinyl records are back, but did they ever really go away?

Teens and young adults are now collecting records with the same tenacity as their grandparents did in the 1950s, 60s and 70s. Most are intrigued by music in an actual physical medium versus the digital platform of today’s greatest hits.

Ryan Strickland, a senior at Pierce County High School, is one of those teens.

“I think it’s cool to hold the music,” Strickland says. “It’s a piece of art really, somebody put their heart and soul into it.”

Strickland’s grandmother, Jene Barsness, was thrilled when Strickland began to show an interest in records two years ago, requesting a record player for Christmas. The longtime music fanatic couldn’t wait to share her love for records with her granddaughter so she packed up a box of old records and brought them to Strickland.

“Oh, it tickled me to death!” Barsness says. “I just absolutely loved it. I couldn’t believe she wanted a record player.”

and it’s ruined  — but most collectors are drawn back to vintage vinyl for its raw sound. That crackle and pop delights young music fans who’ve grown accustomed to digital, heavily edited sounds from the recording studio.

Vinyl’s appeal to music listeners young and old is why record sales are set to outpace CD sales for the first time since 1986 this year. Vinyl record sales grew 8 percent in 2018, the highest level since 1988, and another 13 percent last year while CD sales continue to plummet.

Vinyl sales during the week of Christmas 2019 reportedly yielded 1.243 million albums sold, which marked the single-largest vinyl sales week since the beginning of Nielsen Music’s electronic tracking of music sales 29 years ago.

Older adults are enjoying the resurgence of vinyl records for a trip down memory lane, basking in the nostalgia of it all as they dust off old record players and dig through the attic for their long forgotten 78’s or 45’s.

“I bought an Elvis album before I had a record player to play it on. I was sooo in love with Elvis,” Barsness recalls.

Barsness’ cousin was the first child in her family to get a record player for Christmas one year, and all the kids crowded around to hear Peggy Lee sing “My Heart Goes.”

“We played that record all night long,” she recalls with a laugh.

Scottie Johnson, who procures items from estate sales and resells them at Corner Market Antiques and Furniture in Blackshear, says some, like Barsness, dig through records for nostalgia purposes, but he confirms the trend locally is in keeping with the national trend  — teens and 20-year-olds are returning to records in large numbers.

“What I’ve heard them express is the music that comes out now is not the same as what’s on a record. The sound now is almost fake because it’s been edited so much, but they like the sound of what’s on a record,” Johnson says.

“If you were to look at a brick building, you can see all the fine details in the brick. Then back up and take a picture of that. You would still see the brick, but you wouldn’t see every little detail in the bricks,” Drawdy says.

That’s the difference in digital music and the sound of a record  — all those little details shine through on a record, Drawdy explains.

Drawdy’s favorite genre is old Gospel albums, and he makes a habit of stopping at Goodwill stores and old music shops to look for records.

“I’ve just always enjoyed music and going to different record shops, seeing a lot of available music that isn’t on anything else,” Drawdy says.

Corner Market, now in its 10th year of business, doesn’t have a large record selection, but customers like Drawdy still dig through the stock meticulously.

“They’ll be up there for a long time,” Johnson says. “We have seen there is more and more demand for the records … People are gobbling them up quicker than we can find them.”

More antique shops and vintage stores are starting to carry records, too.

“People have always come in and bought records from us, but I’ve started to see it more and more in other shops, too,” Johnson says.

Demand for records continues to rise while finding records at estate sales is getting harder and harder. Johnson used to find boxes, sometimes whole record rooms, but those days are gone, he says.

Teens, their grandparents and now millennials  — adults in their 20s-30s  — are gobbling up records. Some millennials, like Blackshear native Shawn Dixon, jump at the chance to combine several passions in record collecting, a love for music, an interest in collectors items and a hobby with investment potential.

“I’ve always been a big music guy, a collector, too,” Dixon says. “I sort of ventured my way into the record world.”

But, Dixon is more interested in new music, records produced by today’s top artists and sold in limited quantities. Their value is much higher than the dusty 78’s Drawdy is thumbing through at Goodwill.

Vaporwave music, an electronic genre that emerged in 2010, is hot right now in the record industry, he says. Vaporwave is mash up of ‘80s and ‘90s styles like smooth jazz, elevator music, R&B, and lounge music. The tracks are heavily manipulated with chop and screw techniques and other electronic effects.

“It’s a brand new craze. It’s where a lot of stuff around vinyl is right now,” Dixon says. “Those records sell out in hours.”

Millennials also like newly released records for their artistic value. They’re more eye-catching and colorful than the vintage black vinyls.

“That’s part of it for me too. I love the design and artwork of records now,” Dixon says. “They’re very artistic nowadays. It just adds to the experience.”

Their reasons for collecting records may vary, but vinyl collectors all agree  — there’s nothing more relaxing than music wafting from a record player as it fills a room.

The record craze is probably here to stay, at least until another music medium can top the experience of listening to your favorite song on vinyl.