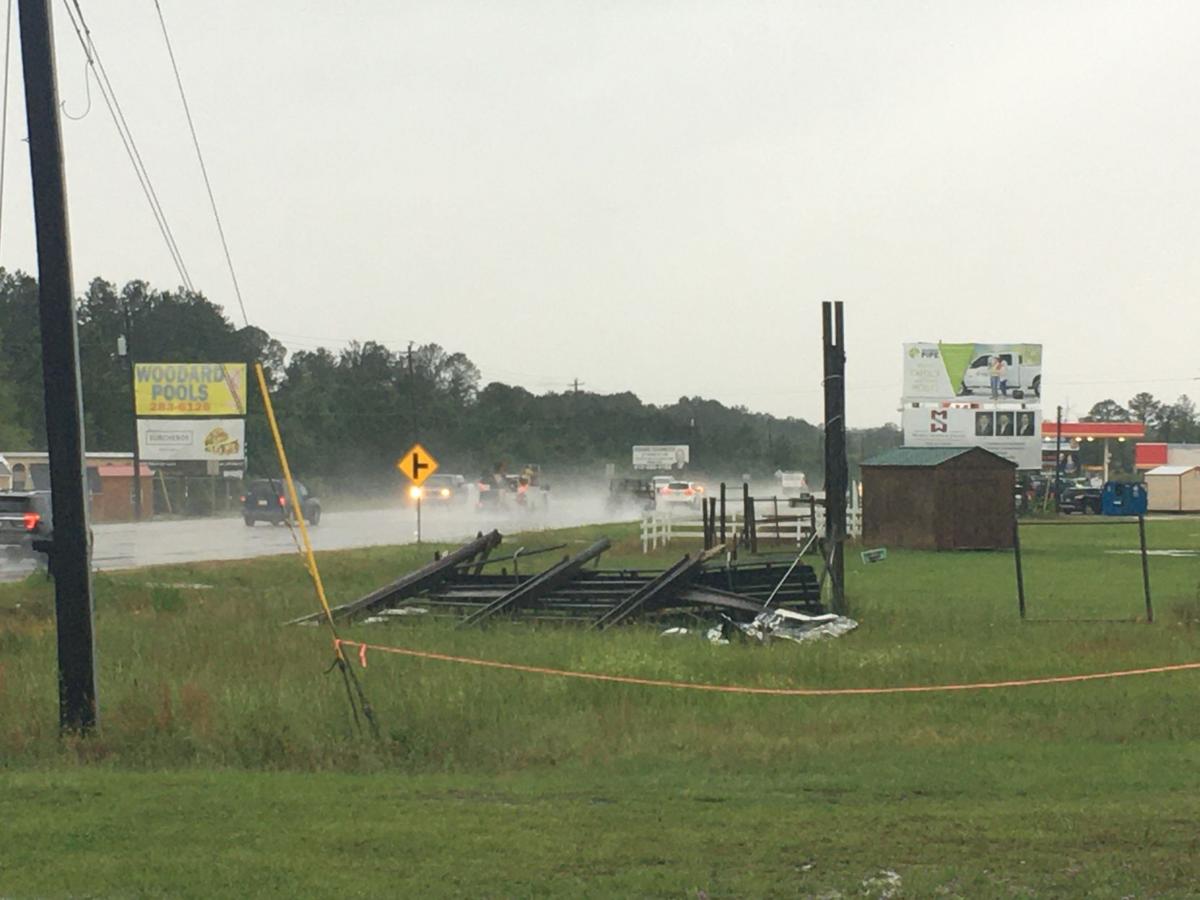 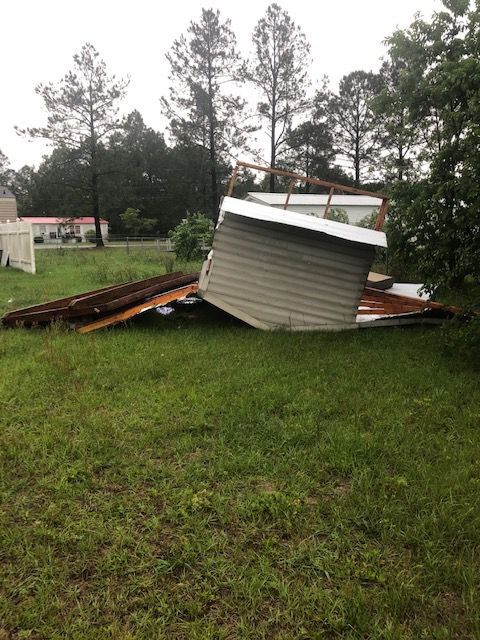 A weak tornado touched down in the southern part of Pierce County Thursday afternoon causing damage to roofs and utility buildings, but there were no injuries.

According to the NWS reports, the twister was first noted about 2:15 p.m. near Wilson’s Bike Shop on U.S. Highway 84 and traveled along a path almost due east along Tot Drive, Midway Church Road, St. Johns Church Road, Georgia Highway 121 and Riggins Road before dissipating in the Satilla River Swamp in the extreme southeastern corner of the county.

Structure damage was reported along the path of the tornado mostly related to roof impacts, shingles blown off and some carports and utility sheds  and at least one billboard were blown down.

At the height of the storm, 285 customers of Satilla Rural Electric Membership Corporation (REMC) were without power. Power was restored by Thursday evening.

Niño did not have damage estimate totals completed Friday.

Nickel and quarter size hail was reported widespread from Blackshear proper and all areas in the southern part of the county. All of the county received torrential rains of at least three inches and some scattered higher amounts.

The storm was determined by the NWS to be an EF-0 tornado on the Enhanced Fujita scale. An EF-0 is the weakest on the five step scale, but still can have winds up to 85 miles per hour.

Niño commended the local response of citizens and all emergency personnel.

“Residents heeded the warnings to seek shelter and our 911 dispatch, emergency and firefighters, road department, power crews — everyone — worked so well together,” he said.