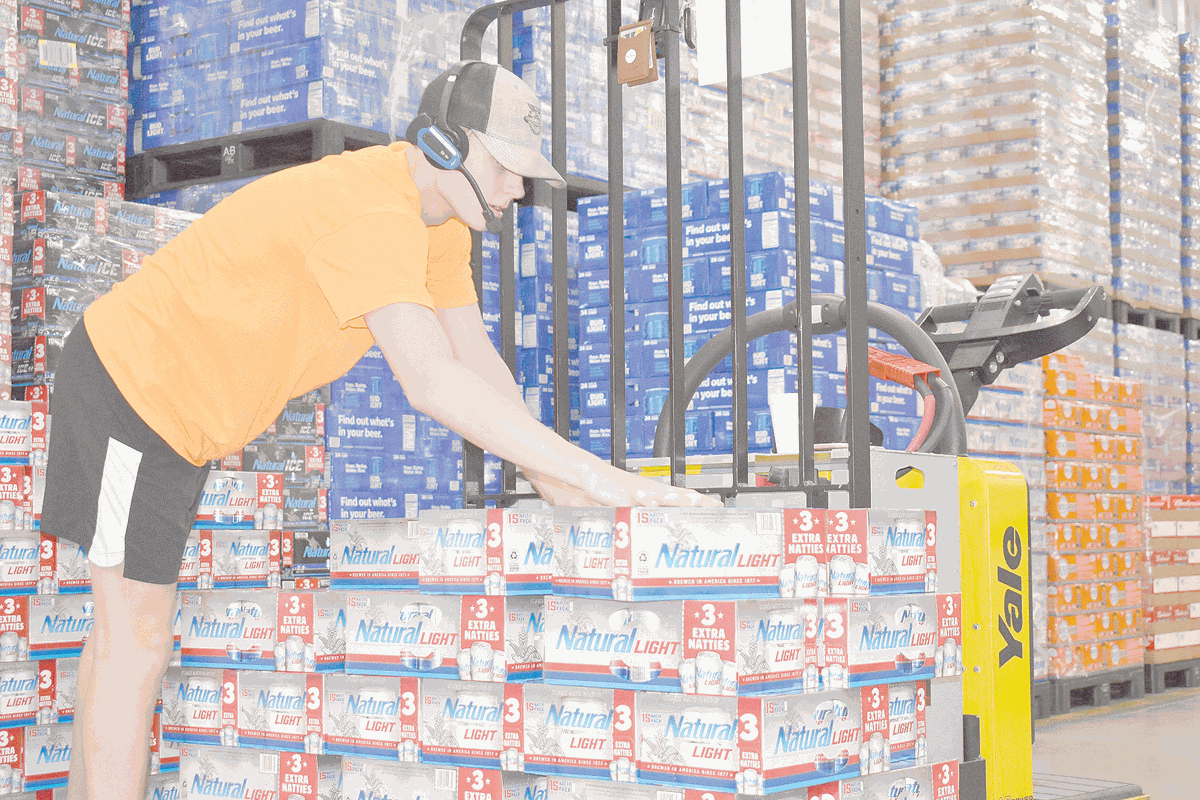 Matthew Morgan, Southern Eagle employee, fills an order in the new distribution warehouse in the Hwy. 84 Industrial Park. Morgan receives the order audibly from his headset. 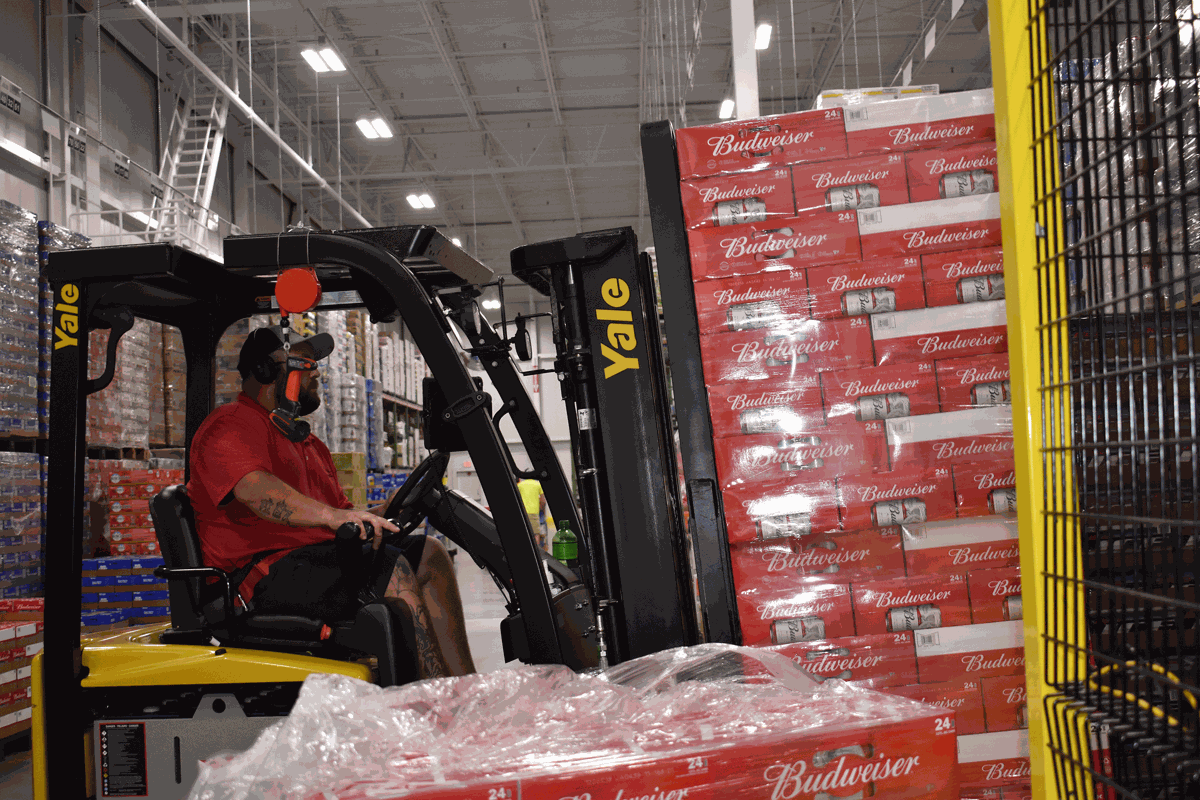 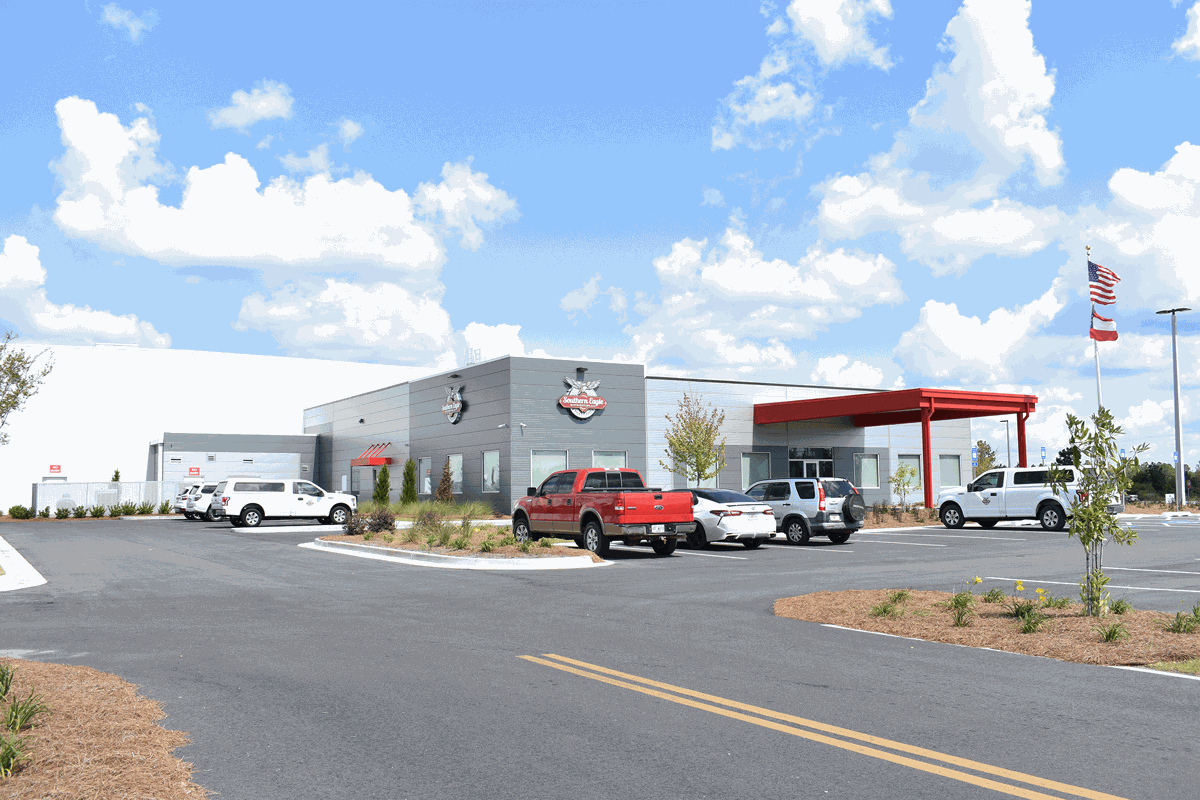 Southern Eagle’s new facility can be seen from the highway, surrounded by solar panels recently installed to help offset utility costs for the climate-controlled facility.

Matthew Morgan, Southern Eagle employee, fills an order in the new distribution warehouse in the Hwy. 84 Industrial Park. Morgan receives the order audibly from his headset.

Southern Eagle’s new facility can be seen from the highway, surrounded by solar panels recently installed to help offset utility costs for the climate-controlled facility.

What is that sprawling white warehouse in the Hwy. 84 Industrial Park? And, what about those solar panels near the highway?

Locals have been asking those questions for months as they drive a little slower down that stretch of the highway for a better look.

The warehouse and solar panels are part of Southern Eagle’s new state-of-the-art facility. The regional beer distributor has been operating quietly out of the new warehouse for nearly six months now, but Southern Eagle has been an active industry in the Park since October 2008.

The company was nearing completion of an expansion project at their former warehouse located further back in the Park when a fire  — sparked by welding during construction  — destroyed the facility in January 2018.

“They didn’t have time to grab anything,” says Tom Fitzgerald, VP of Marketing for Southern Eagle. “It was a big shock, but no one lost their jobs.”

The company moved operations back to a Brunswick facility they had previously intended to shut down and transferred some employees to Savannah. Pierce County Industrial Development Authority agreed to a land swap, trading Southern Eagle the acreage where the new warehouse sits in exchange for their old property once the burned warehouse was demolished.

Southern Eagle wasted no time in constructing a new facility and moving ahead with their expansion plans.

The new warehouse, now fully operational, is approximately 25 percent larger than the building that burned and the company is distributing 800,000 more cases of beer and other beverages than they were before, says warehouse manager Patrick Mullis.

After months of shifting operations and people from one place to another, company employees are glad to finally be working out of the new building.

“This is a welcome change, opening the facility,” Fitzgerald says.

Employees are proud of improved technology and automated systems at the new warehouse, too.

The distribution company now uses an auto-lock system for trailers in the loading bay to ensure truck drivers don’t pull away while employees are loading the trailer. The loading dock doors are fully automated with lights indicating when it’s safe to move through the area.

“If somebody walks back there it shuts everything down,” Mullis says.

And, employees no longer wrap pallets manually before loading them on a truck. An automated plastic wrapping machine does it for them at the push of a button. It’ll wrap a pallet of beer in two minutes, Mullis says.

The massive warehouse is climate controlled, but that system is operated remotely  — as are the warehouse lights.

Beer is stored cold and delivered cold, and Southern Eagle only keeps an 18-20 day supply on hand to ensure a fresh product is always provided, Fitzgerald says.

The company’s newly installed solar panels help offset utility costs for the warehouse, but also fall in line with Southern Eagle’s focus on community investment and stewardship of the environment.

“We want to be good stewards of the communities we live in,” Fitzgerald says. “We want to be best neighbors and community partners that we possibly can.”

Most of Southern Eagle’s distribution is for Anheuser-Busch  — a company with several green initiatives, including a goal of zero carbon emissions by 2025.

Southern Eagle is falling in line with that corporate goal and shifting to propane trucks as part of their green initiative.

Ninety-eight percent of their local distribution has been beer, but Southern Eagle is expanding distribution in the new facility to include energy drinks, juices and wine.

“We’re doing a lot more non-alcoholic products than we were across the street,” Fitzgerald says.

Increased distribution brings economic growth to the area by way of more jobs, and Southern Eagle is up to 64 employees from the nearly 40 who were employed at the old warehouse. Most of those warehouse employees are local to Pierce and surrounding counties. They clock in every day and get to work, zipping around on new forklifts while they fill orders at that gleaming warehouse on the highway.

About the company: Southern Eagle, LLC is a division of parent company, Southern Crown. The company’s primary market is in South Carolina and Georgia where they currently serve 63 counties.

How to win 'Best Awards Show Party' this year

How physical therapy can help you manage pain