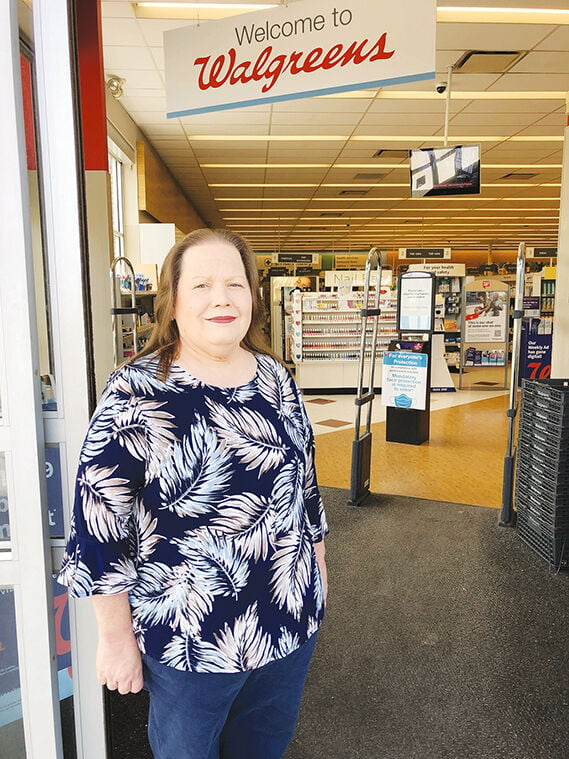 Charlene Nunn is shown during a stop at the Blackshear store where she could call 98 percent of customers by their names over the last 25 years. 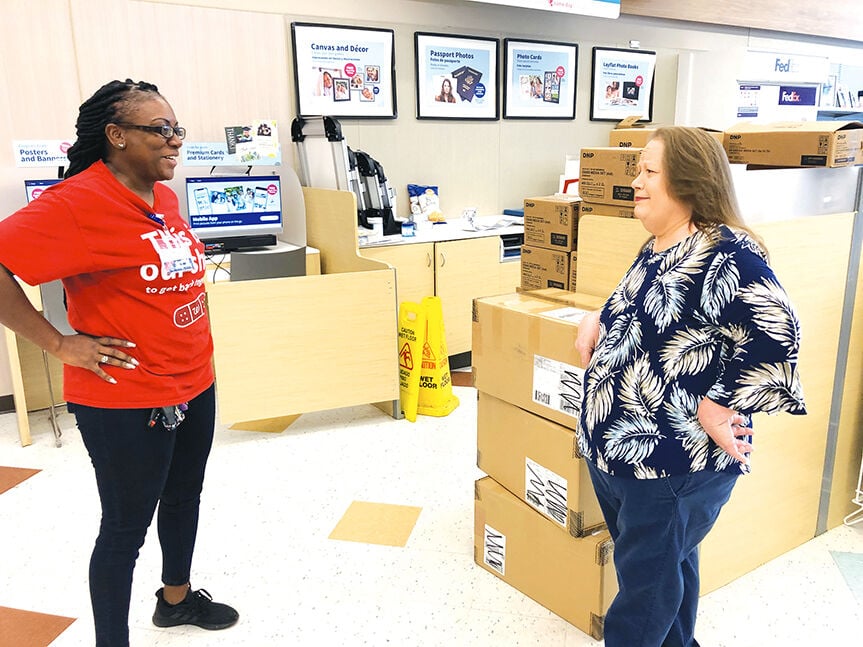 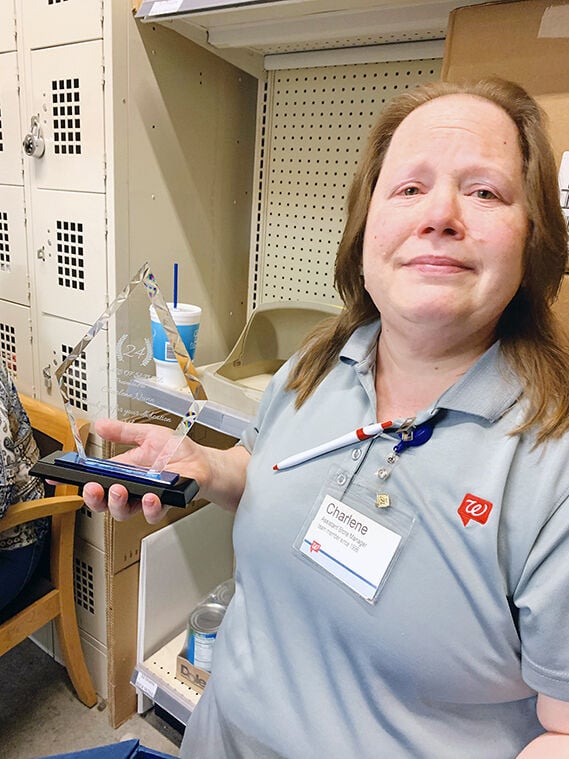 Charlene Nunn becomes emotional when presented with a special plaque at her retirement party at the Blackshear Walgreens last week.

Charlene Nunn is shown during a stop at the Blackshear store where she could call 98 percent of customers by their names over the last 25 years.

Charlene Nunn becomes emotional when presented with a special plaque at her retirement party at the Blackshear Walgreens last week.

Charlene Nunn has spent more than two decades as an ambassador of sorts for Blackshear’s Rite Aid/Walgreens Pharmacy on U.S. Highway 84.

She’s spent those years not only assisting customers, but giving them a cheerful smile, a friendly hello and a helping hand, all the while calling them by name.

Last week, that run came to an end.

After nearly 25 years of instantly recognizing almost all of her customers, Nunn’s progressive vision loss has led her to retire.

Nunn realized in recent months that her failing eyesight had begun forcing her to rely on her ears at times to identify her customers.

Still, she estimated she can call 98 percent of customers by their names.

“Customers who came in, if they were a bit far from me, I’d know them by their voice,” the 59-year-old retired assistant manager said last Thursday during a visit to the store. “My ears are better now than my eyes. Thank God I’ve got a gift like that because I can’t visually make things out like I used to.”

Nunn’s age-related macular degeneration (AMD) and glaucoma also made it nearly impossible to do certain tasks required of her at the place she considered her second home.

Still, she was torn about leaving her “family” there. August 21 would have marked her 25th year.

“I was doubting myself and praying about it and asking God if this is what I was supposed to be doing,” the mother of five grown boys said. “I asked how I could walk away and not be there for my customers. But one morning when my husband was bringing me to work and he was not feeling well, I realized I needed to do it. I needed to retire. As soon as I decided that, I had inner peace. If I didn’t, I would be a basket case and upset all the time.”

As she talked about once selling fish bait at Flash Foods in Patterson and then staying at home with her children for eight years before applying to Rite Aid in 1996, customer Russell Lofton stopped to ask her why she wasn’t working that day.

When she explained June 1 was her last day, he just shook his head.

“You’re gunna miss it,” he told her, adding she was always so friendly to everybody. “Just keep comin’ in so we can holler at ya.”

The great-grandmother recalled her first day at Rite Aid when she was in her early 30s and the store was empty. It wouldn’t be open for three more months as employees had to set up the shelves and get them stocked.

“That was a lot of work, but you learn fast where everything goes,” she said. “That’s a good thing.”

Starting as a cashier, she remembered also helping the lone pharmacist, Virginia Sullivan, sort through and ring up medications.

In less than two years, she became assistant manager and enjoyed the responsibility, but still preferred being out on the floor with the customers — instead of behind a desk in an office.

No matter who walked in those glass doors, she would make it a point to speak to them.

“As long as I can make one person’s day or make them smile when they come in here with all kinds of things on their minds, then I’ve done my job,” she said. “Like they could have just found out they have cancer or had to have surgery or they had a heart attack. If I could help them be happy or smile or laugh, that was my day. These people are my family. Everybody is that comes in.”

Another customer stopped to wish her a happy retirement and asked her where the aspirin is. Without missing a beat, she told them “Aisle 11, right side.”

She said she pretty much has the entire store memorized, but that the food aisle stumps her at times.

When Walgreens bought out Rite Aid about four years ago, the transition was a little rough for her, she admitted.

“That was a trying time,” she said. “They changed up the seasonal stuff and we had to learn all kinds of new computer stuff. I do not like computers. When it was Rite Aid, it was simple. I had it down to a science.”

Born in West Virginia and raised in Albany before her father’s UPS job brought them to Patterson in 1967, she believes her natural ability to relate to other people so easily probably comes from the church and being around others who openly embraced their neighbors.

“I’ve always felt you should treat others as you would want to be treated,” she said.

Long-time coworker Marla Key said Nunn was like the resident “mama” there.

“If one of us was sick, you could count on her to text or call us to check on us,” she said as she got a little choked up. “That was great having someone like that around.”

Since word of Nunn’s retirement hit The Times Facebook page June 3, more than 300 people have wished her happiness or shared fond memories. Many of those commenting mentioned her friendly nature and helpful attitude.

Nunn admitted she cried when coworkers presented her with an engraved plaque commemorating her years of service a week ago Tuesday. She said she feels blessed to have had so many years working at a place where she could express her love for others.

She said she’s looking forward to spending more time fishing and enjoying her family. She also hopes her new assistive glasses with tiny pinholes in the middle will continue to improve her vision at least enough to be able to continue doing what she loves most -- making someone else’s day.

“This was my niche. Everybody’s got one. This was mine,” she said. “I really like people and I know that somewhere down the line I’m going to have something else to do with that. I don’t know what it is yet, but I know there’s something out there for me. I probably won’t get paid for it and that’s OK. It’s not about the money. It really isn’t. It’s all about helping people.”

How to Sell Your Car in 3 Easy Steps