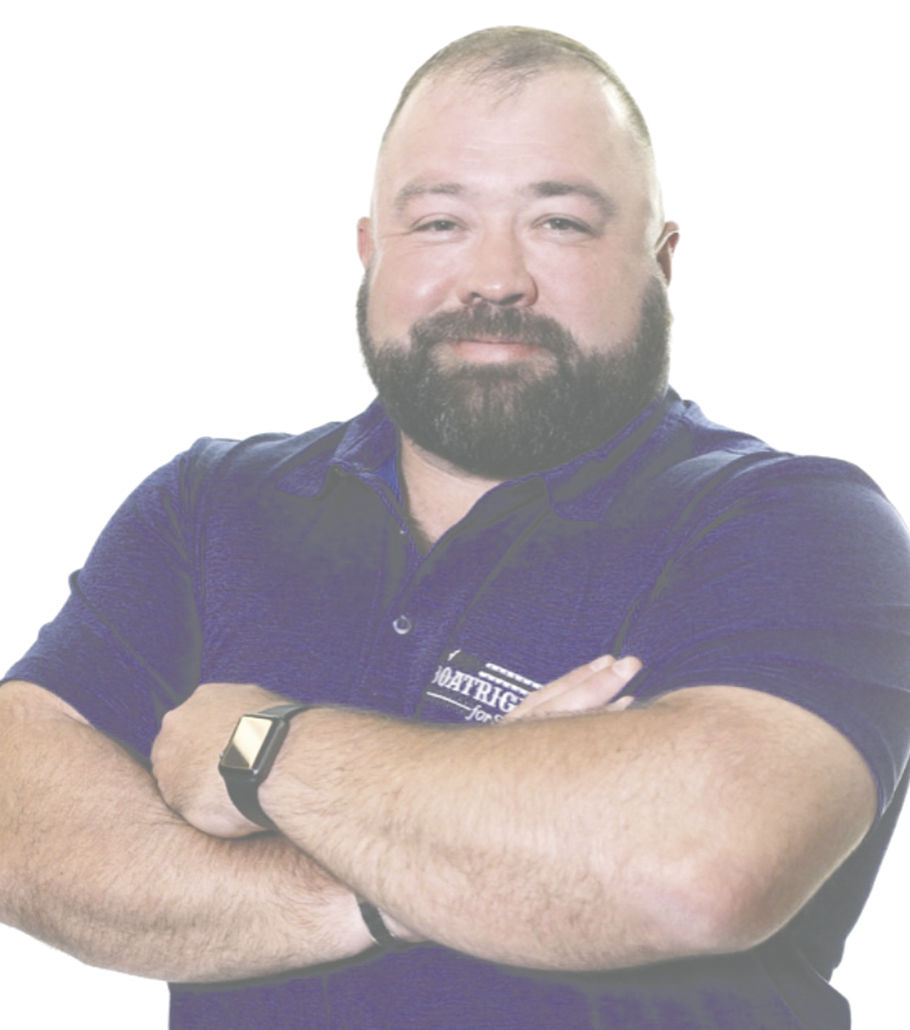 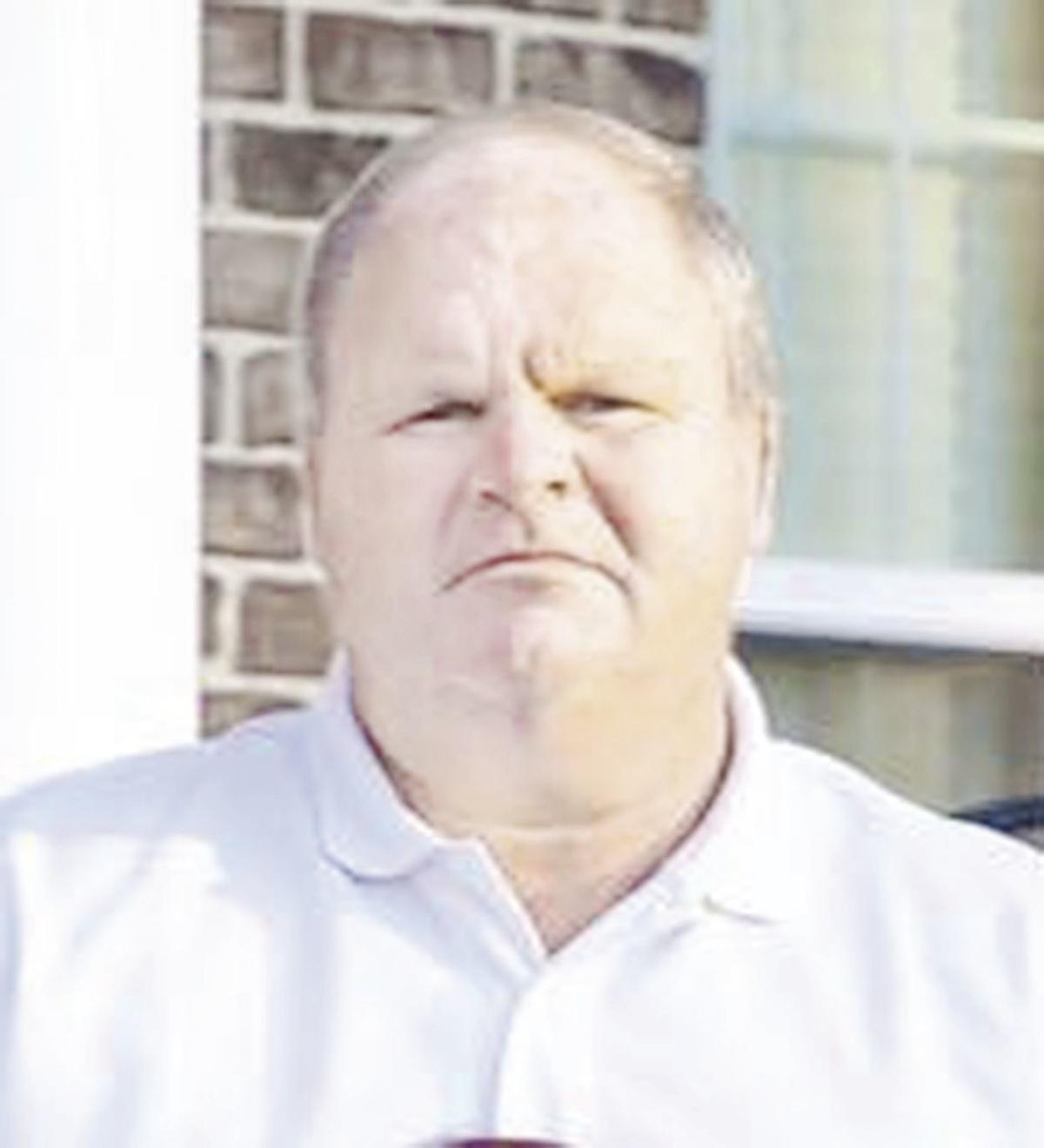 Greg Stone, candidate for Pierce County Sheriff, continues to make claims that officers employed by the Pierce County Sheriff’s Office (PCSO) and Blackshear Police Department (BPD) have been “double dipping”  — receiving pay from both agencies for the same time worked.

In recent weeks, however, Stone has narrowed those allegations down to one full-time BPD officer, Robby Boatright  — also a candidate for sheriff. Boatright says Stone’s allegations are politically motivated.

“This is nothing more than a political stunt,” Boatright says.

Stone claims to possess documents proving three instances of double dipping by Boatright. He recently provided The Times with a date for one instance  — December 27, 2015.

The Times filed an open records request with BPD and PCSO to corroborate Stone’s claim, and confirmed Boatright reported nine hours of work for Sunday, December 27, 2015 on time sheets filed with both agencies for the same period (18:00 hours - 3:00 hours).

A note on Boatright’s PCSO time sheet, however, states the hours are to be claimed in the next pay period. Boatright clocked those hours after the county’s pay period ended that Friday, Sheriff Ramsey Bennett told The Times.

The Times reviewed Boatright’s PCSO time sheet for the following pay period in January, 2016 and discovered Boatright ultimately did not claim the hours then  because he’d already been paid for them by Blackshear PD.

Boatright also clocked eight hours at BPD Christmas Eve, December 24, and 10 hours at PCSO with an overlap of five hours.

According to Police Chief Chris Wright, Boatright was claiming his holiday pay and did not work for the city that day. If he had worked on the city clock that day, Boatright would have recorded those hours in a separate entry from his holiday pay, Wright says. There is no additional entry.

Boatright confirms he did work a case over Christmas Eve and Christmas Day that year for the county.

“He could have gotten the holiday pay from the city, but still have been on my clock,” Bennett confirms.

Earlier in the month, Boatright reported time worked for both agencies during the same day on two other occasions, but clocked in at the Sheriff’s Office after clocking out at BPD December 7 and December 18. He worked 10-hour and 12-hour shifts those days, respectively.

That pattern is typical.

Full-time BPD officers who also work part time on the Sheriff’s clock for the ACE Unit begin clocking their hours with PCSO once they have reached their 80-hour limit with the police department. That practice saves both the city and county from compensating officers for overtime (time and a half pay).

“It became advantageous to us both to have his (Wright’s) two people hired on with me part time. If they run out of time on the city’s clock, they could go on my part time clock at straight time. Nobody’s paying time and a half and we just keep working,” Bennett explains.

“When they were out of time with me, they would go to the county’s clock,” Wright confirms. “They just kept doing their same job as an ACE Unit employee. That was the whole purpose  — to let the same detective keep working the same cases.”

Boatright was terminated from the Aggressive Crime Enforcement (ACE) Unit, a joint task force of BPD and PCSO, after announcing his intentions to run for sheriff last fall. He has, however, maintained employment full time as a major with BPD.

“That was a complete termination,” Boatright told The Times.

The ACE Unit is housed in a county building and Boatright was asked to remove all of his items from that office, he says.

According to Boatright’s termination letter, he was employed with the Sheriff’s Office from March 19, 2014 - September 11, 2019. He announced his intention to run for sheriff in the September 18, 2019 edition of The Blackshear Times.

According to Boatright, his pay rate was $26/hour with BPD and nearly half that, $14/hr, with the Sheriff’s Office. In addition to not making overtime pay for hours worked past his 80 hour limit with the city, Boatright was taking an hourly pay cut once he shifted his time to PCSO each week.

“It was me working for the people, for the community,” he says.

Bennett says  — while he has watched his payroll closely over the years  — he does not routinely ask for BPD time sheets to compare to his record.

Stone suspects more instances of double dipping exist because his records, covering a span of five or six years, are not exhaustive. There are missing records for several pay periods, he says, and some BPD time sheets aren’t dated at all.

“It’s their job to prove they didn’t do it (double dip),” Stone says.

Stone first made his claims public at a Blackshear City Council meeting in February, reporting he had found three instances of double dipping in payroll records spanning a period of five years. Stone received those records, reportedly 876 pages worth, in answer to an open records request he filed with the city in October 2019.

By means of an open records request, The Times recently obtained a copy of Stone’s open records request to the city in which he asked for “time cards or sheets reflecting start and stop times for days worked for periods beginning in January 2014 to present date.” His request was reportedly filed October 24, 2019.

Stone filed a similar request with Pierce County dated September 30, 2019 for “copies of time sheets turned in from 2013 to present for Robby Boatright and Jacob Royal.” The Times filed an open records request for that document as well.

Stone claims he’s missing time sheets for 52 biweekly pay periods for Boatright and 32 pay periods for fellow BPD officer Jacob Royal from the documents he requested from the City of Blackshear last Fall.

Stone has been hesitant to provide City Attorney Adam Ferrell, tasked by Mayor Kevin Grissom with investigating his claims, or The Times with dates for the missing time sheets his bookkeeper, Angie Fussell, reportedly found, citing concern city or county officials would attempt to correct the record once the dates were made public.

“Everything is handwritten. It’s nothing for them to go back and change,” Stone says. “That’s the reason why I don’t want to expose what dates are missing.”

Stone also claims the FBI is looking into the matter. The Times has not confirmed that fact.

“How would the records be altered? He’s got them … it would make the cover up worse than the problem,” Wright adds.

The Times discovered a portion of the missing time sheets could be the result of a discrepancy between dates on Stone’s open records requests to the county and the city last fall.

But, Stone says that wouldn’t account for all of the time sheet gaps his bookkeeper, Angie Fussell, recorded. Some of them are reportedly from 2016 and 2017.

The Times made multiple attempts to reach Fussell directly for comment on her findings while auditing Stone’s records, but was unsuccessful.

In February, Blackshear Mayor Kevin Grissom and the city council instructed Stone to meet with City Attorney Adam Ferrell to review his documents further so the city could conduct their own investigation into the matter.

Ferrell has reportedly discussed the matter with Stone and with Fussell, but told The Times his investigation is not yet complete. Ferrell says the ongoing COVID-19 pandemic has slowed his investigation into the matter. He is currently reviewing BPD payroll records and has requested similar records from PCSO for comparison.

“I have communicated with Mr. Stone, as well as the lady who was helping him review the payroll documents.  He suggested I contact her directly since she could really tell me what I needed to know,” Ferrell told The Times.

Mayor Grissom expects Ferrell will submit a report to the mayor and council when his investigation is complete, but says the earliest a report would surface is at the council’s June meeting if the council is able to meet in person. The council will not meet physically in May due to the ongoing threat of COVID-19.

“If there are mistakes, then I think they can be rectified,” Grissom says.

Stone has not addressed the Pierce County Board of Commissioners regarding his claims of double dipping by officers employed with both PCSO and BPD.

Stone, Boatright, and retired Dept. of Natural Resources (DNR) ranger Gary Simmons announced their bids to run against incumbent Sheriff Bennett last year, marking the first time in decades the Sheriff’s election has been more than a two-candidate race.

“I would feel safe to say for approximately 68 years there have only been a few two-man races,” says Elections Superintendent Leah Ritch.

About the ACE Unit

The ACE Unit was created in 2013 and has operated since that time as a collaborative effort between area law enforcement agencies for investigating major crimes in the area. The county and city do not put funds into a separate ACE Unit account; rather BPD and PCSO share expenses when necessary.

“It works as a task force operation. The chief still maintained authority over his people and paid his people. I kept all my people and I paid my people,” Bennett says.

“The Sheriff and I have always decided that ourselves,” Wright says, regarding how ACE Unit expenses are handled. “If I buy paper this time, he might buy it the next … keeping it fairly even.”

The county and city currently split the costs of utilities and some case-related expenses, They also split the cost of remodeling the ACE Unit office, located behind the county tag office on Nichols Street, when the task force was created seven years ago.

Each department uses a different type of file, making it easier to distinguish which agency takes lead on a case.