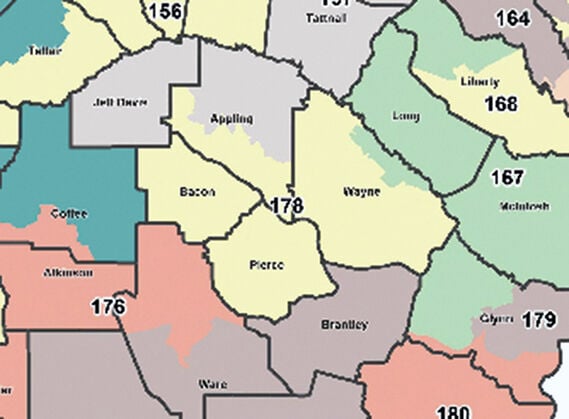 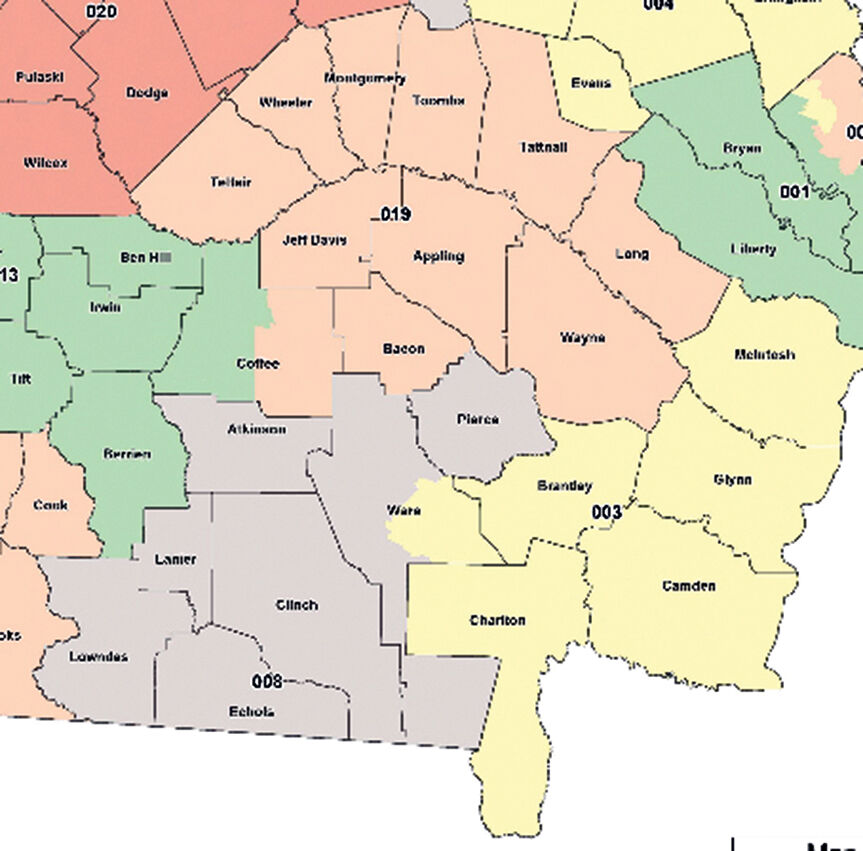 Pierce County will remain part of District 178 in the House of Representatives.

Under the redistricting process, the district is larger to reflect larger population increases in the metro Atlanta area.

Under the new map, District 178 will include all of Pierce and Bacon Counties and portions of Appling and Wayne Counties.

Currently, district 178 is composed of all of Pierce and Brantley Counties and portions of Wayne and Appling Counties.

Under the newly-approved map, Brantley County has been shifted into a new district to the south with all of Charlton and Clinch Counties and portions of Ware County.

On the Senate side, Pierce will be on the very north side of the district. The district will include fewer counties than the current district, but will include the much larger Lowndes County.

In the new Senate district, Pierce County will now be part of District 8, which will include Atkinson, Clinch, Echols, Lanier and Lowndes County and a large  part of Ware County.

Pierce County will remain in the 1st Congressional District under the proposed map.

Under Georgia law, the legislature must adopt new district boundaries every 10 years to account for population shifts reflected in the U.S. Census.

4 Ways to Feel Your Best While Watching the Big Game