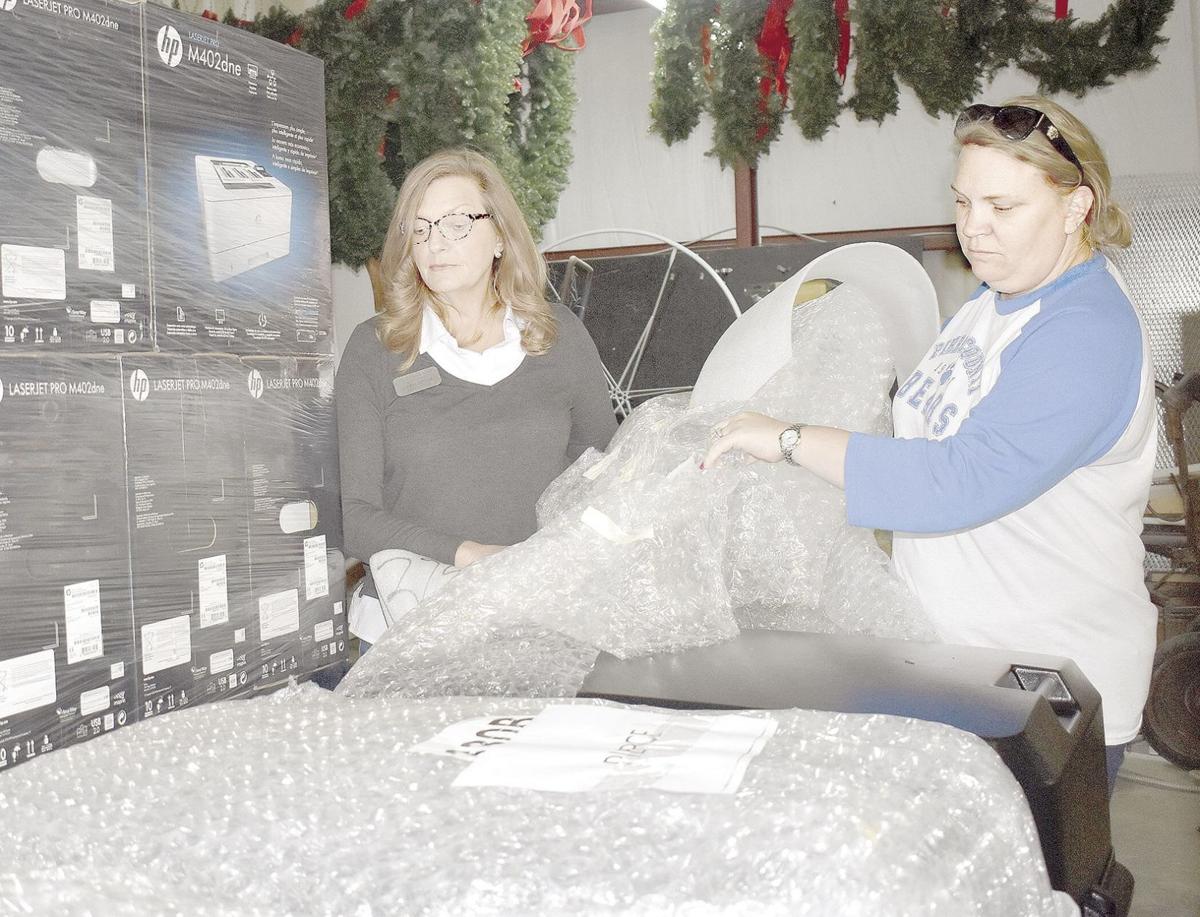 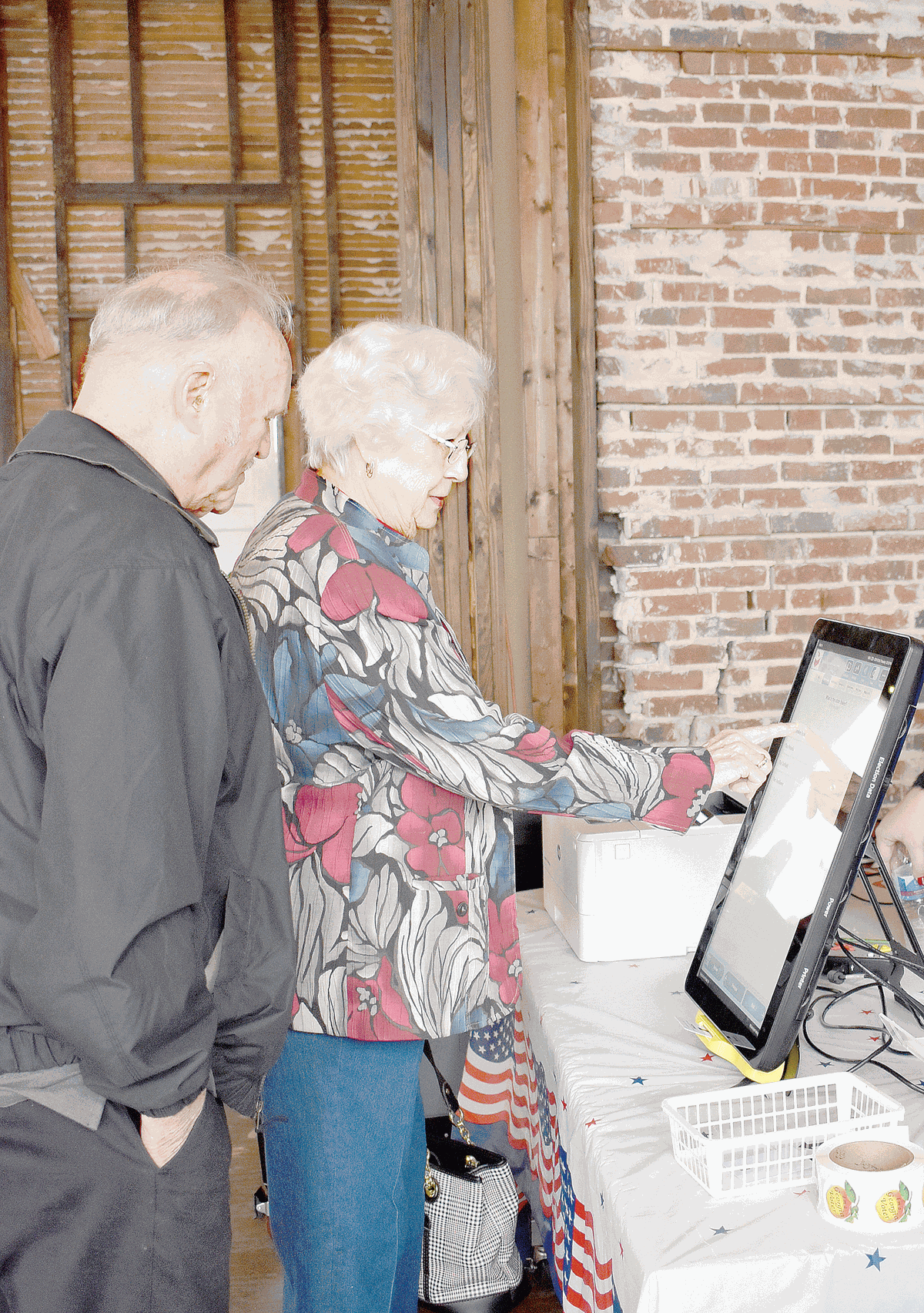 Vivian and David Mills test out one of the state’s new voting machines at the Wellness Expo in Patterson last week. Pierce County’s first shipment of machines arrived Friday.

Vivian and David Mills test out one of the state’s new voting machines at the Wellness Expo in Patterson last week. Pierce County’s first shipment of machines arrived Friday.

Demo unit available at PC Board of Elections Office

Pierce County has received its new voting machines from the state.

The Board of Elections received their first shipment of 49 ballot marking devices Friday, and another delivery is expected at a later date with a total of 50-54 machines expected to arrive from the state. The state also picked up all of Pierce County’s old election equipment last week.

Each ballot device includes a touch screen voting device similar to the old machines, a printer, an un-interruptible power supply (UPS), and a tablet poll workers will use to scan voters driver’s licenses and check them in prior to voting.

Voters used to select ‘cast ballot’ on the machine when they were finished voting, but now they’ll push ‘print ballot’ and wait for a paper copy of their ballot to print. After reviewing the ballot, voters will then drop it in a ballot counter before they exit the poll station. Those machines resemble large black trash cans. They’re securely locked and contain a scanner on the top that counts each ballot as its inserted.

Each poll location will also have a review station where voters can look over their ballot carefully with glasses or magnifiers if necessary prior to casting their vote.

Some demonstrators have expressed confusion over that fact, thinking the ballot was a receipt of their vote.

Ritch plans to set up 12 voting machines at the Southeast Georgia Regional Agriculture Center (SEGARAC) and eight at Eagle Station in Patterson each Election Day. Ten units will be available at the election’s office during advance voting weeks.

Set up and taking down of the machines is expected to take longer because of the additional pieces of equipment.

Ritch may be hesitant about what lies ahead with the new voting machines, but she was encouraged by a recent inspection of local polling locations by a regional poll worker out of Atlanta.

“He said we were one of the more secure locations. They checked our breaker boxes to make sure we have enough circuits,” Ritch says.

The next few weeks will be hectic for elections officials and poll workers though. Monday, March 2, is go time for Ritch and her staff.

The state paid for the new equipment but not support equipment, supplies or the additional poll workers state officials say will be needed to help run the new system  — all of those costs will be Pierce County’s responsibility.

“They (the state) purchase no consumables,” Ritch confirmed.

Tables for the new machines, ballot paper, ink toner for the printers, and shelving to store the new equipment are all added costs, but Ritch says it’s too early to tell how much those expenses will total.