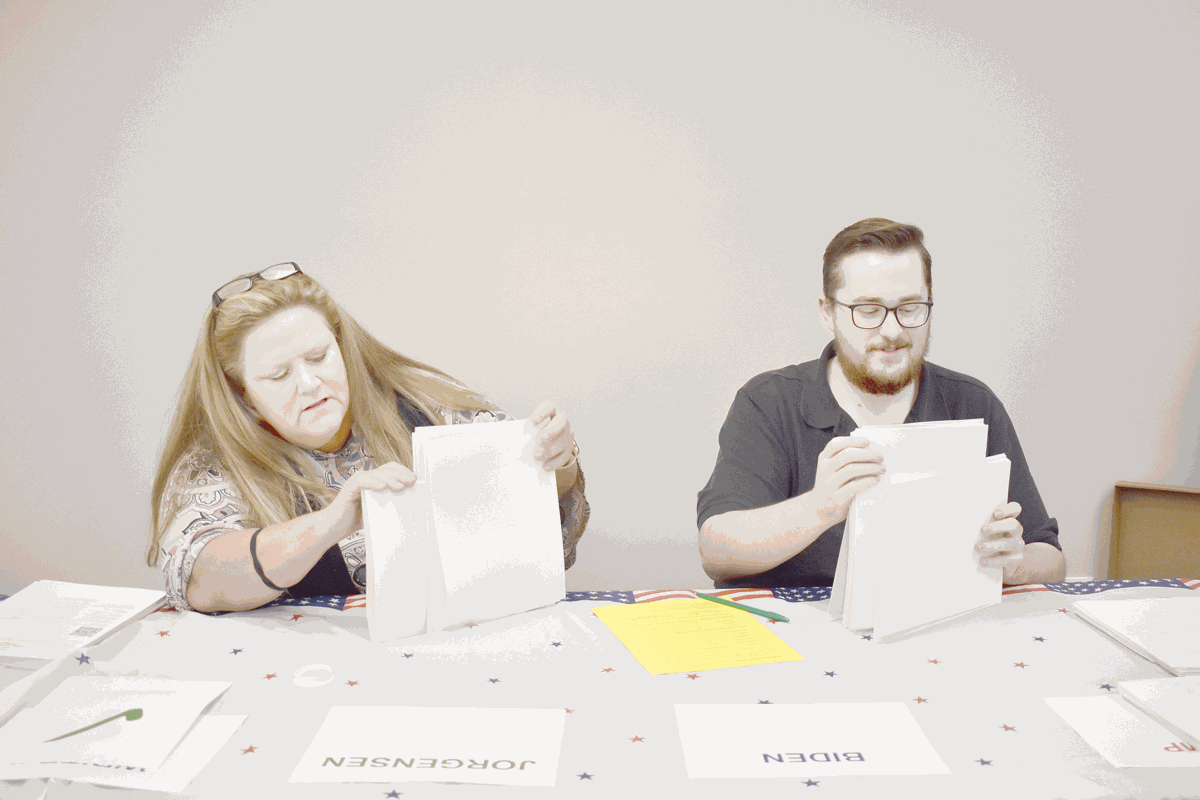 Tammy Bennett and Aaron Bell recount ballots. Poll workers were summoned to the elections office Friday to participate in a hand recount of ballots ordered by Secretary of State Brad Raffensperger for the presidential election. 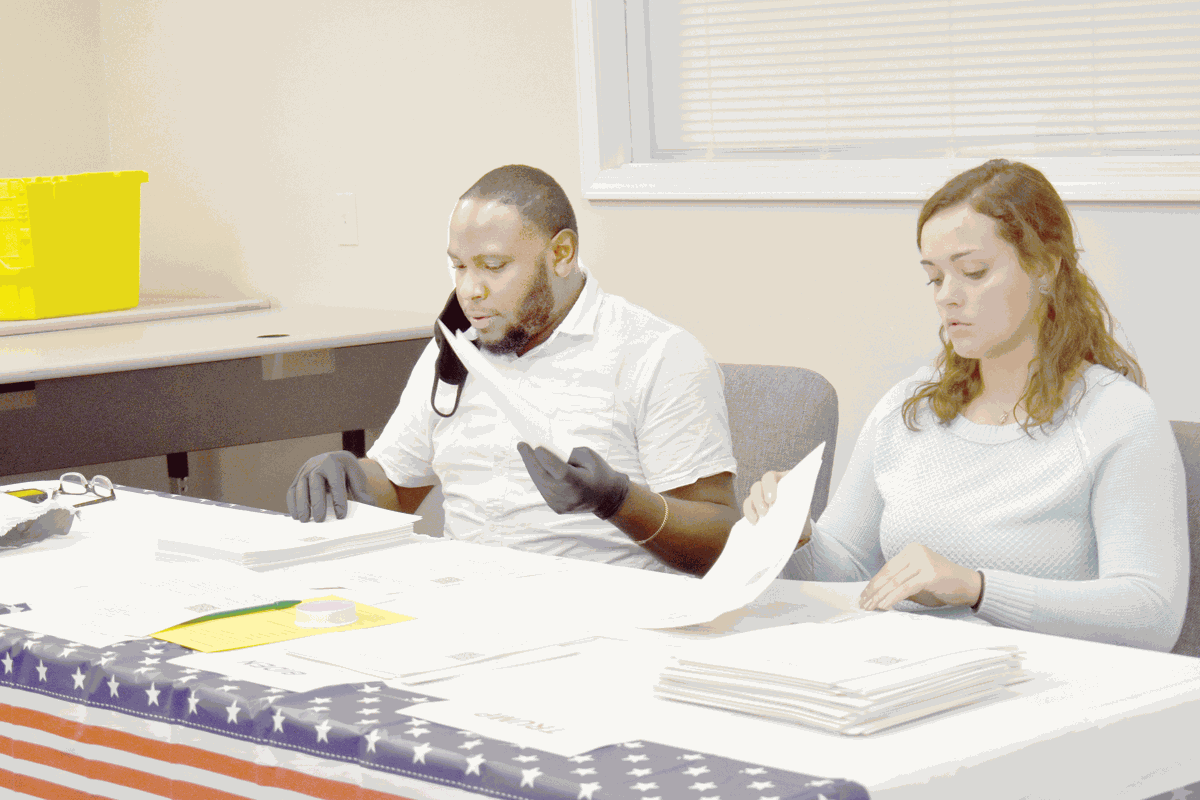 Tammy Bennett and Aaron Bell recount ballots. Poll workers were summoned to the elections office Friday to participate in a hand recount of ballots ordered by Secretary of State Brad Raffensperger for the presidential election.

Pierce County Board of Elections hand counted over 9,000 ballots cast in the general election November 3 after the State of Georgia issued a statewide recount last week.

A recount of this magnitude has not been conducted before in Georgia and follows record turnout in the Nov. 3 general election.

Board of Elections Supervisor Leah Ritch said the hand recount started Friday morning with 90 minutes of training. After the training, five two-person teams conducted the recount.  The recount was completed by the end of the day and resulted in no changes to the final tallies reported late on election night.

Counties must complete the recount by today, Wednesday, Nov. 18. The State of Georgia has, by law, until Friday, Nov. 20, to certify its results.

Nationally, Biden has been declared the winner of the presidency after a  long, hard-fought campaign that lasted until Saturday, November 7.

Most major news networks projected Biden to win Georgia Friday. If his lead holds and he is certified as the winner, it will be the first time the state has gone Democratic since 1992.

Raffensperger formally called for the hand recount as part of a regular audit of the election results, which were poised to be done via an electronic sampling of ballots before Raffensperger revised the process under emergency powers due to the COVID-19 pandemic.

Raffensperger said the hand count should instill confidence in the final election results amid growing – and unproven – accusations of voter fraud.

“We understand the significance of this for not just Georgia but for every single American,” Raffensperger said. “At the end of the day, when we do a hand count, then we can answer the question of exactly what was the final margin in this race.”

Raffensperger ordered the recount last week under quarantine for COVID-19 exposure after his wife contracted the disease.

Republican allies of Trump hailed Raffensperger’s decision for a complete recount calling it a good first step in a push to weed out whether any ineligible ballots were cast. The president and his supporters have cried foul on the election results over the past week, alleging voter fraud without hard evidence in close-race states like Georgia, Pennsylvania and Michigan.

U.S. Rep. and former U.S. Senate candidate Doug Collins, R-Gainesville, who is leading the Trump campaign’s recount activities in Georgia, said last week his team is looking at allegations of ballot harvesting and improperly signed ballots, as well as some alleged instances of dead Georgians voting.

Beau Evans of the Capitol Beat News Service contributed to this report.

How to be ready for the next power outage