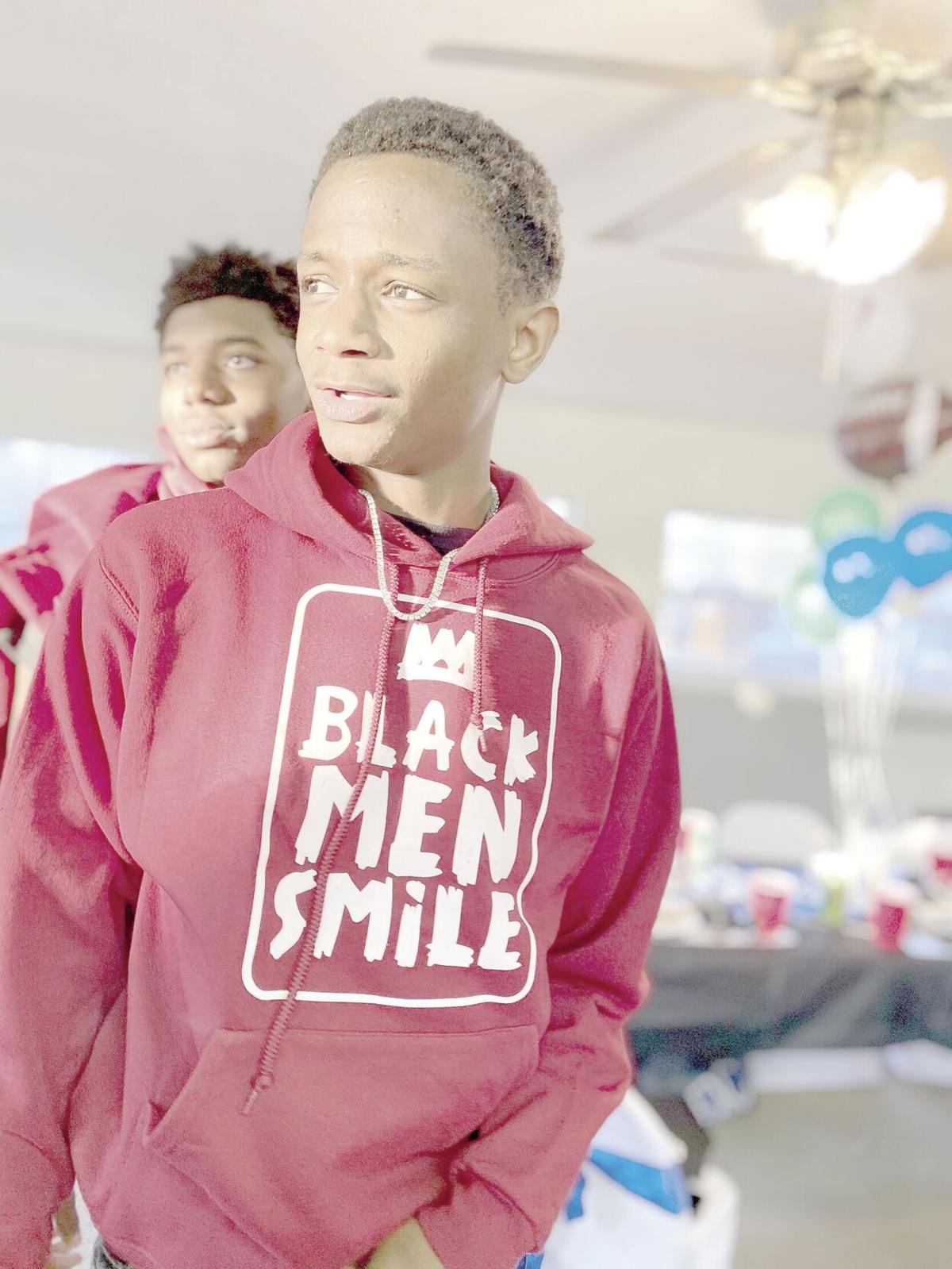 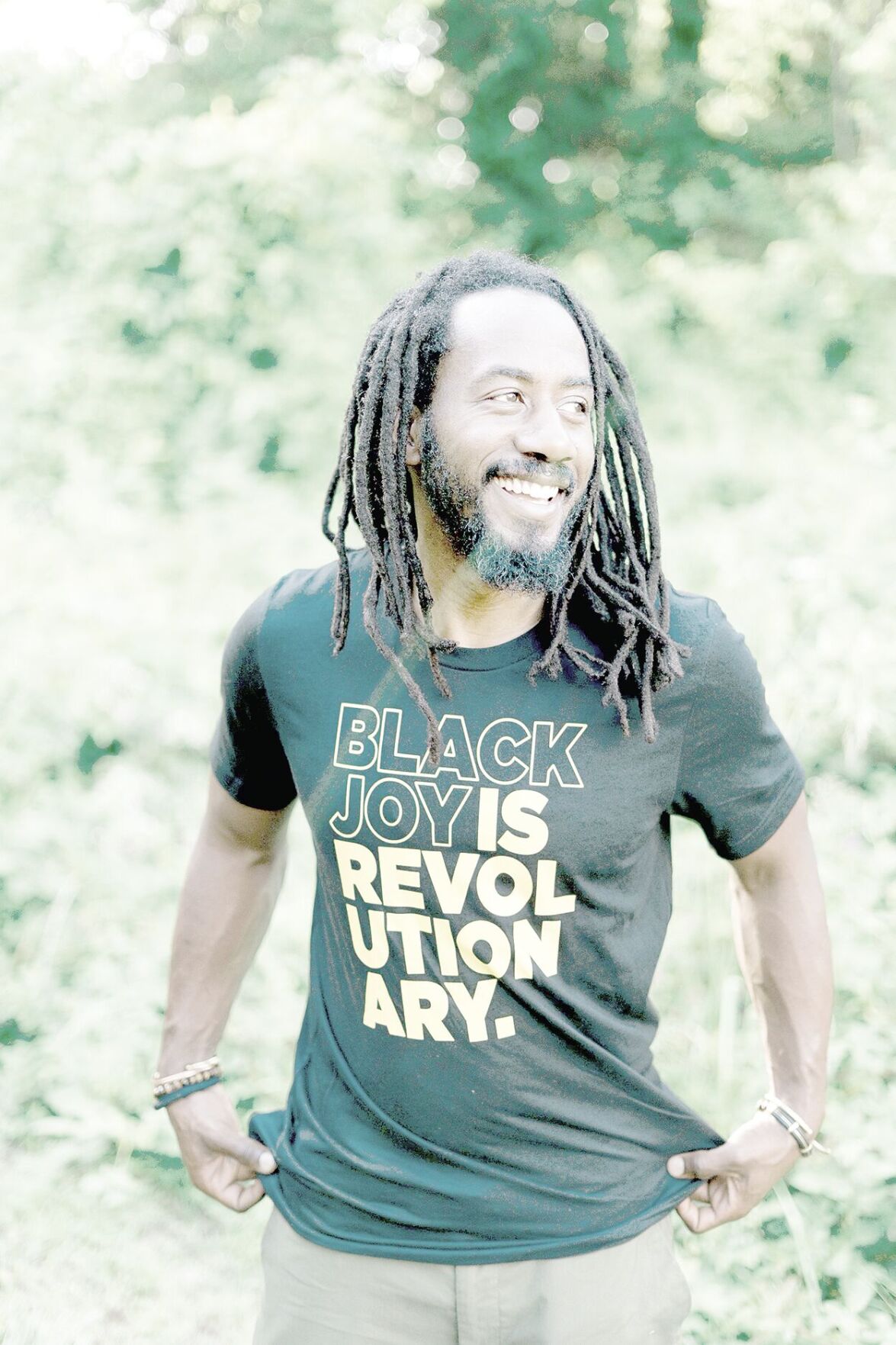 Blackshear native Carlton Mackey is off doing good in the world, but he hasn’t forgotten that home is where the heart is.

Mackey, a professor and director for Ethics and the Arts Program at Emory University’s Center for Ethics, recently donated hoodies and T-shirts to members of the Bears’ state championship football team, and spoke with The Times about his organization, Black Men Smile.

The 1996 graduate of PCHS says the relationships he formed while growing up in Blackshear and the influences of his favorite teacher, Cassie Todd, are what he remembers most fondly.

“Relationships function differently in small towns, and what I had in abundance, if I didn’t have anything else, was great relationships with great people. I felt cared about and cared for,” Mackey says. “It’s priceless and I’ve carried it with me.”

Todd, his fourth grade English teacher, instilled confidence in Mackey to pursue his dreams. He believes that confidence has been key to his successful career at Emory and his efforts at Black Men Smile.

“She made me believe I could write and I never stopped believing it,” Mackey says. “I know so many young men who look like me, who are from small towns like me, don’t have people telling them that they’re enough  — that’s what the work that I do is (through Black Men Smile).”

Mackey launched Black Men Smile in 2014 in the wake of Michael Brown’s murder in Ferguson, Missouri.

“After seeing hundreds of images of Michael’s body lying in the street and after a flurry of other painful and oppressive images of Black men in the weeks to follow, I did an experiment to explore what other images of Black men made up the landscape of social media.  I entered #blackmensmile on Instagram. It yielded zero results,” Mackey writes on his organization’s website.

Black Men Smile now operates an apparel brand (the gear Mackey donated to members of the Bears football team), hosts workshops and empowerment exercises at colleges and universities across the country, runs a mentorship program and organizes an international yearly retreat designed for Black men who have never been out of the country.

Through the Black Men Smile platform, Mackey’s goal is two-fold: push back against stereotypes that tell Black men they aren’t good enough and help those same men celebrate their identity.

“It’s a form of combating negative self-image. If you’re not sharp, you’ll begin to believe and internalize the ideas people think are true about (you),” Mackey explains. “People are worthy. People are valuable, and it’s transformative to begin to see yourself in that way.”

“Black Men Smile because we love ourselves. This platform is about radical expressions of self-love. It is about resistance. It is about learning from each other. It is about encouraging one another,” Mackey continues. “It is about transcending. It is about defying gravity, as our ancestors have always done, and leaving a legacy so that generations after us may do the same. During these times when so many stories are being told about us, we will need those we tell about ourselves to be our real truth.”

After graduating high school, Mackey attended Tuskegee University where he earned a degree in electrical engineering and moved to California to work in the software industry. He later moved back to Georgia to attend graduate school at Emory University, graduating with a masters of divinity in theology in 2005. He remains at Emory as a professor and director for the ethics and arts program.

Mackey was raised by his grandmother, Pearlie Taylor. Now 91, Taylor still lives in Blackshear and Mackey visits for her birthday and major holidays.

How to combat allergy season before it sneaks up on you