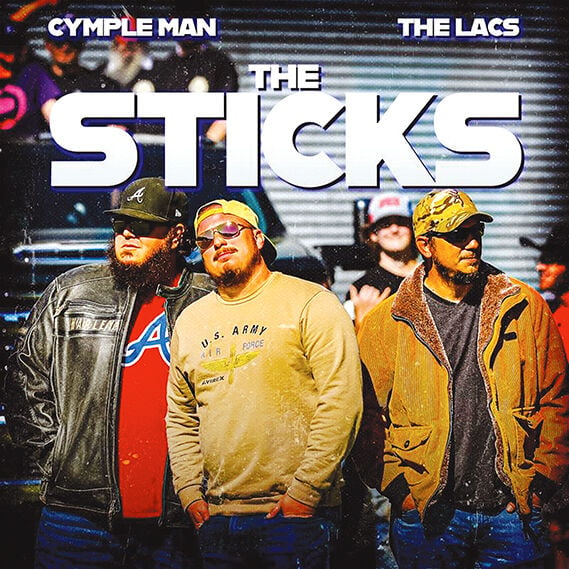 Dustin Bennett recently recorded the video for his song “Sticks” in Pierce County.

Dustin Bennett recently recorded the video for his song “Sticks” in Pierce County.

Dustin Bennett is a “Cymple Man” raised in the country in Pierce County.

The aspiring country rap artist recently released a video for his newest single “Sticks” filmed on location in his home county.

Bennett, a 1999 graduate of Pierce County High School, has been performing for 20 years.

Bennett points out he always enjoyed poetry when he was growing up and was a frequent winner of the school system’s young authors composition.

“I put it to another use,” he said. “I enjoy making music and using those rhymes.”

Bennett said he grew up among what he calls regular day-to-day, paycheck-to-paycheck, 9 to 5 people in Pierce County.

“These are people who ‘work hard’ for what they have, and ‘have’ what they worked hard for,” he said.

He combines his lyrics from memories of that upbringing into a “hip hop harmony.”

“I’m just your average, working class man,” he said. “When I chose the name Cymple Man, that’s what I wanted to get across to people.”

Bennett performs his country hip hop, southern rock and rap and combines it with his own brand of storytelling. He has previously released albums including “Overlooked” and “Higgs Field.”

After paying his dues on the performance circuit, Bennett, Cymple Man, has  recently signed with Dirt Rock Entertainment, featuring his friends, and fellow South Georgians, the Lacs, who are from neighboring Appling County. The Lacs are a duo made up of Clay “Uncle Snap” Sharpe and Brian “Rooster” King.

“They liked what I did with my music and they signed me,” Bennett said. “I am thankful for their friendship.”

Cymple Man’s latest album, “Been It” makes a lyrical play on words with his last name.

One of the first singles, “Sticks” was filmed in Pierce County.

Local residents will recognize several scenes and familiar faces in the video. Scenes of the “Welcome to Blackshear” sign, Bear Stadium at Bearville and the Courthouse intersection in Blackshear are all featured in the video. A significant portion of the video features a farm scene filmed on the Walker Blythe Farm.

It’s not the first time Cymple Man has written about his home county and his family.

He also wrote a song called “Cloud” for his late grandmothers, Lillie Skinner and Bertha Miles, who both struggled with dementia in their twilight years.

Filmed on location in the snow blanketed mountains of New Mexico, the track features Bennett recounting memories of his grandmothers wrapping him in a quilt, cooking his favorite meal, instilling good, wholesome values in him and teaching him the value of hard work by shelling peas and shucking corn. The heartfelt piece also expresses the anguish felt as both grandmothers slowly slipped away from him.

“It helped me get through it,” Bennett said. “It was a tribute to both of them and I got a good response from the song. Those who have been through it, can relate to it.”

Bennett commended his fellow artist, Hard Target, of Brooksville, Fla., who helped make the lyrics come alive in the video.

Cymple Man’s music is available on all streaming services including Spotify, Apple, iTunes and videos are available on YouTube.

He does admit to some “colorful” language in some of the tracks, but he noted those include parental warnings. He does point out that “Sticks” and “Clouds” are “clean.”