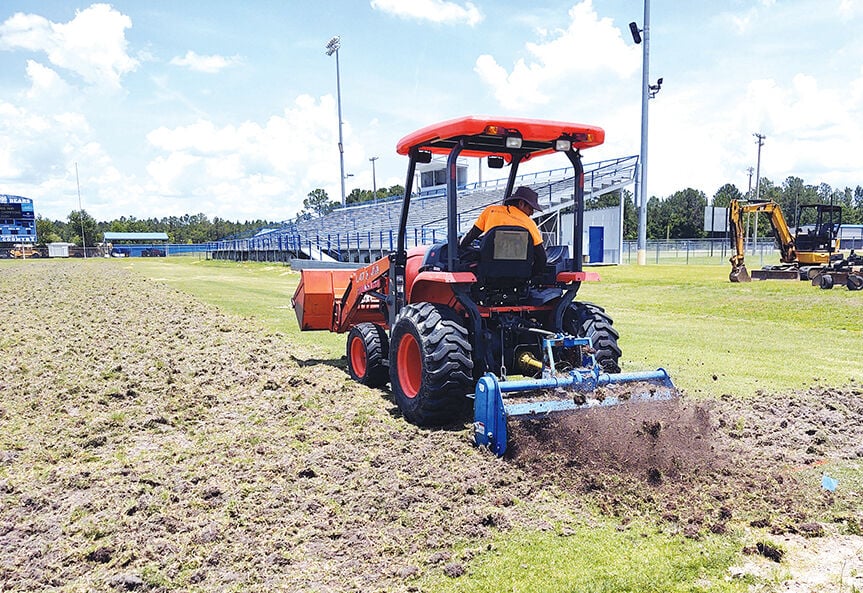 Workers with Sports Turf Company of Whitesburg have begun the process of removing the old playing surface and installing artificial turf at Bear Stadium. 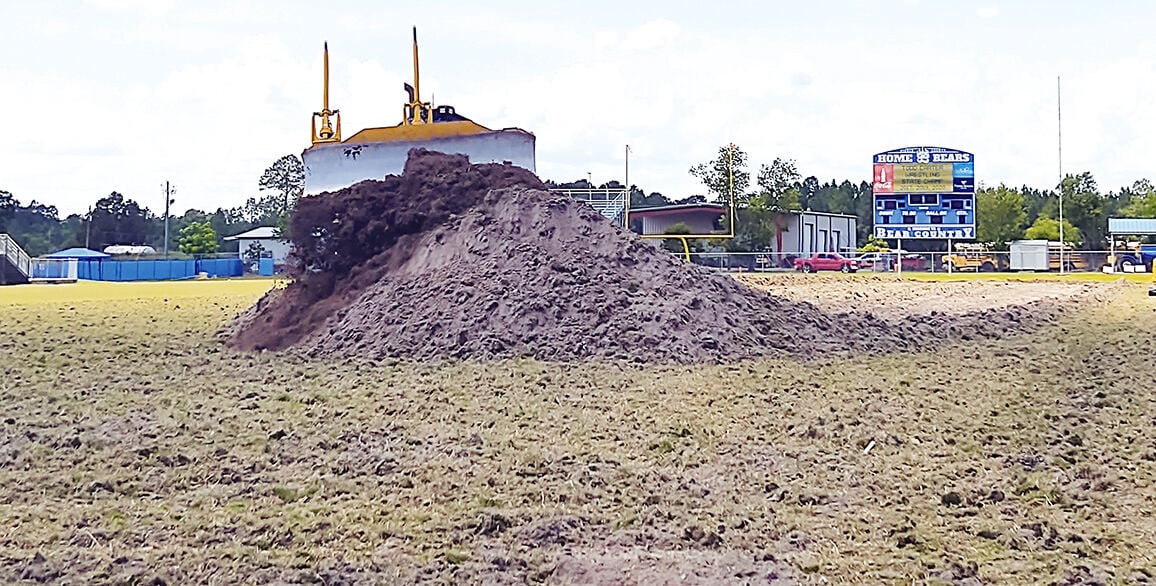 Workers with Sports Turf Company of Whitesburg have begun the process of removing the old playing surface and installing artificial turf at Bear Stadium.

The Bears’ new home turf is now being put in place.

Workers with Sports Turf Company, Inc. of Whitesburg, began removing the grass playing surface last week. New, artificial turf will be installed and in place by early August, just in time for the beginning of this fall’s football season.

“We’re excited to have Sports Turf renovate our stadium this summer,” said Pierce County Schools Assistant Athletic Director Brandon Jernigan. “In our judgement, Sports Turf Company provided the best solution for our coaches and student athletes in terms of a surface that is not only aesthetically appealing but is safer, more durable and will last longer than solutions we’ve looked at previously.”

Sports Turf is a state approved low price vendor, meaning the school board did not have to seek bids for the project.

The turf will feature padding, which helps to provide a firm playing surface, lessening strain on tired legs and improving footing. The turf is also designed to reduce potential concussions.

The new turf will also feature a cooling system that lessens the temperature on the playing surface, which improves player safety, especially during summertime heat.

The turf system has a high upfront installation cost, but eliminates maintenance and upkeep costs associated with natural grass. The turf also comes with a 10-year warranty.

The turf will feature “Pierce” and “Bears” in school colors in the end zones and the Pierce County “P” in color at midfield.

The costs of the artificial turf will be paid for using a combination of education special purpose local option sales tax (ESPLOST) and cash reserves from the school system’s general fund.

The general fund monies have been freed up by assistance the system received as part of the Coronavirus Aid, Relief, and Economic Security (CARES) Act/American Rescue Plan (ARP) recently approved by Congress.