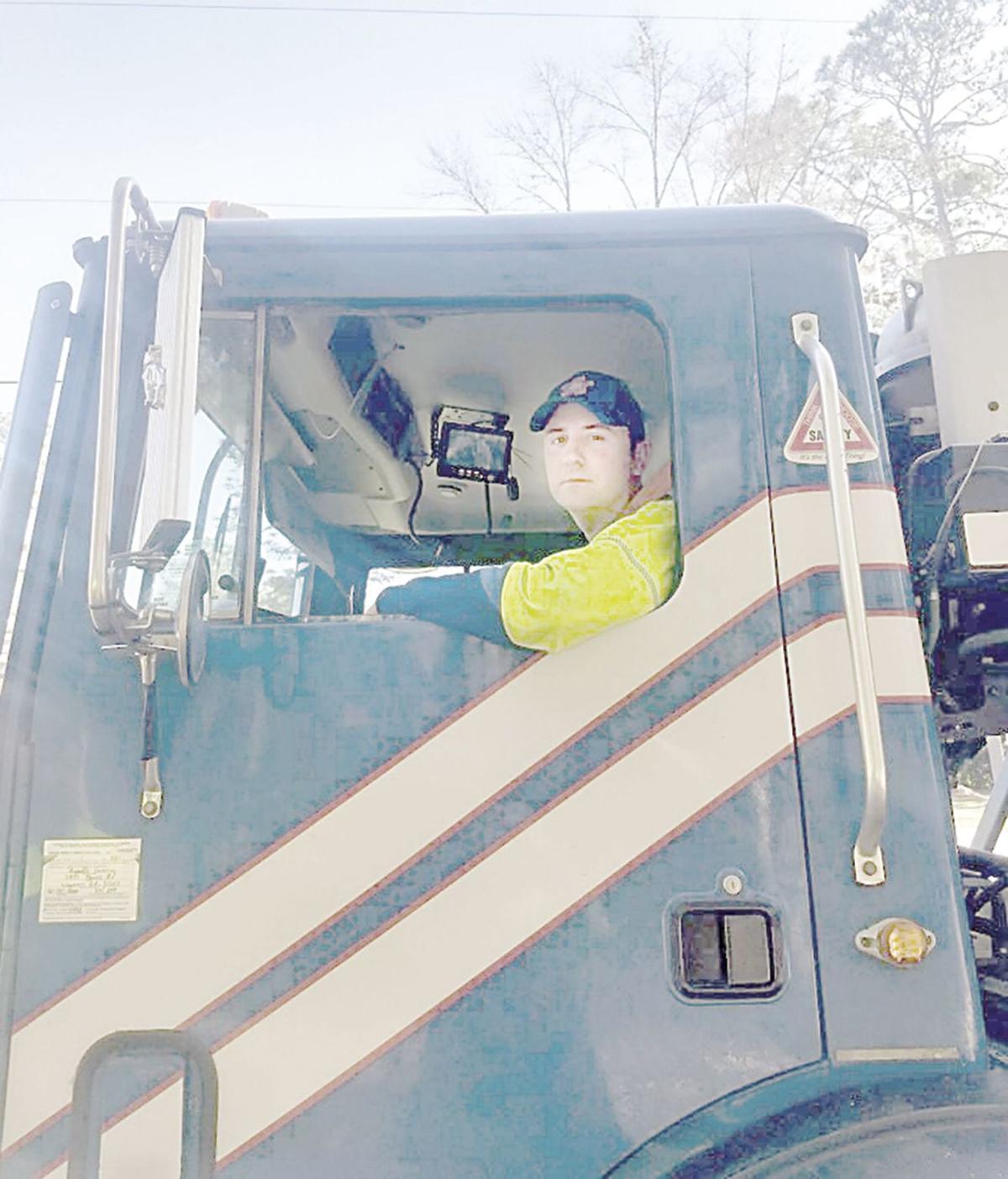 Jackie Strickland peers down from his perch in the driver’s seat of a Republic Services trash truck. He’ll most likely be working extra hours after Christmas to keep up with the extra holiday trash. Route schedules will be a day later than normal for Pierce County and Blackshear residents. 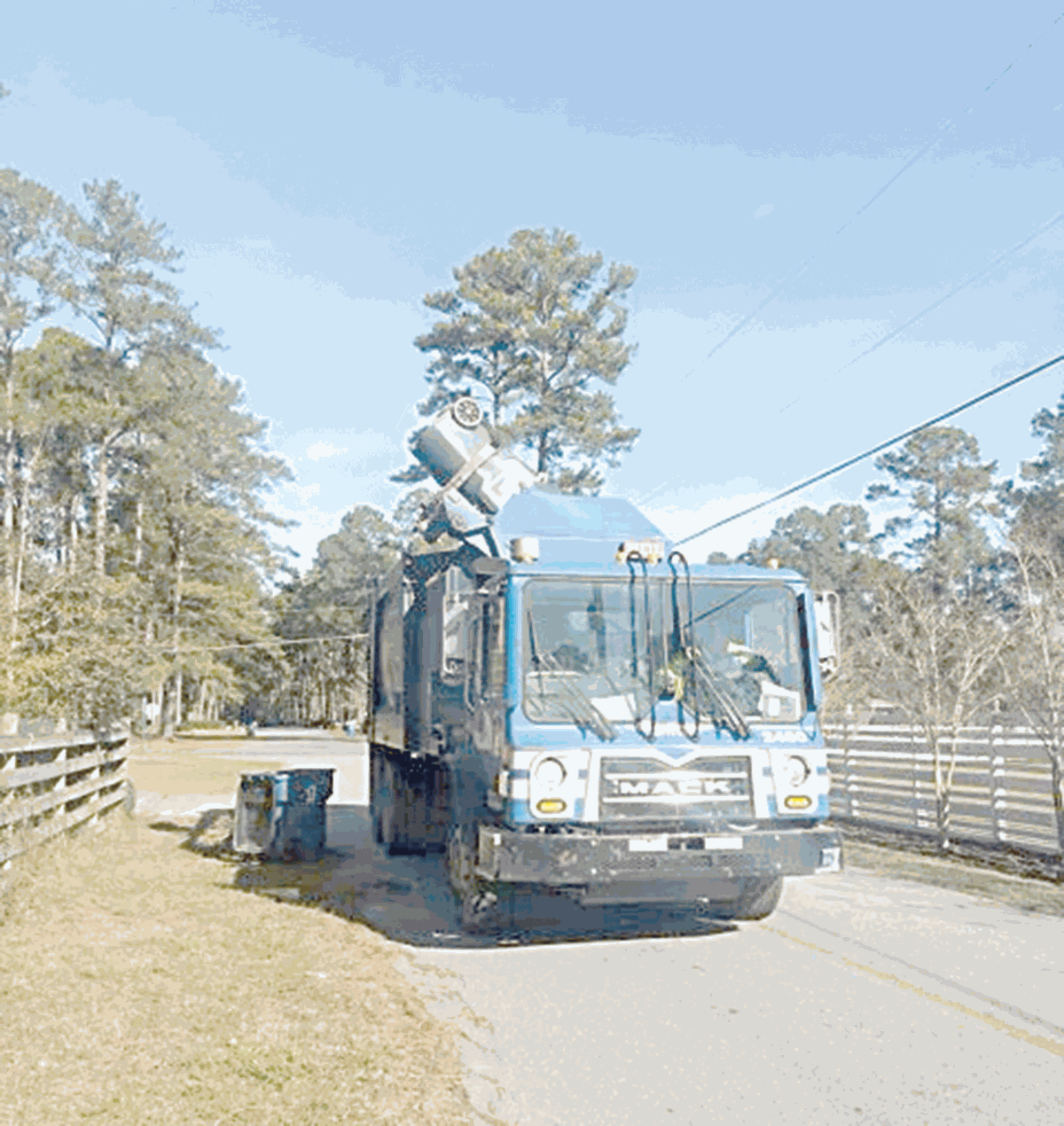 Jackie Strickland peers down from his perch in the driver’s seat of a Republic Services trash truck. He’ll most likely be working extra hours after Christmas to keep up with the extra holiday trash. Route schedules will be a day later than normal for Pierce County and Blackshear residents.

The bins were all placed by the curbside with care, in hopes the trash truck soon would be there

All those packages tied up with string, ribbons and bows were shredded Christmas morning. Life for most Pierce Countians will return to normal tomorrow, December 26, but now the question is what to do with all the holiday trash?

Not to worry  — the trash truck will soon arrive. Republic Services will run their routes a day later than normal, picking up residential trash in Blackshear and Pierce County Friday and Saturday this week.

Area trash routes will take at least an hour longer each day for the after Christmas pick up schedule due to the large volume of trash, says Republic Operations Manager John Nail.

Holiday trash volume is typically up by 20 percent for the five days after Christmas, and trash truck drivers have to leave their routes more often to dump the truck which slows the process down.

“Thursday, Friday, Saturday, Monday and Tuesday will be really high volume,” Nail says. “It’ll be slightly elevated the next week, but after that it’ll be lower than normal … people have spent all their money.”

With no recycling options close by, most of that holiday trash will be paper and cardboard. Nail advises customers to break down their boxes and dispose of them over a few weeks rather than cramming them all in for pick up the week of Christmas.

Did you get new furniture or appliances for Christmas?

Republic customers also receive one free bulk pick up per month (up to three items) for disposing of furniture and appliances.

“If you bought a new mattress or new couch for Christmas you can request a bulk pick up,” Nail says.

• Don’t stack stuff around the trash cart or set your cart next to a mailbox, fence or light pole. “They use an automated truck. If there’s things around the can, they can’t grab the trash can,” Nail explains. In some instances trash truck drivers may make the decision not to service a residence if they can’t easily access the cart  — better that than risk being struck by a car while trying to move it.

• Don’t try to maximize your space by extending the height of the cart. That could also result in the truck skipping your house, and it’s one of the most common things Republic employees see. “... Doing a cardboard or plywood extension to their trash can so their trash can is much higher,” Nail says. “That’s been funny at times.”

• Be careful not to throw away Christmas gifts or other valuable items while cleaning up the post holiday mess. Some of the most commonly tossed items are jewelry and cash, but even a brand new bicycle has accidentally been thrown out, too. “People lean something up against the can they didn’t intend to throw away,” Nail says.

If you do lose something valuable, there may still be hope for it’s recovery, depending on how quickly it’s discovered missing. Pierce County’s trash is taken to the Waycross Transfer Station and then onto Broadhurst Landfill in Screven.

Would an extra can help?

Is there another place to dump holiday trash?

Locals can also take extra trash to the Pierce County Convenience Center on New School Road (behind Pierce County High School) Saturday, January 4, from 8 a.m. - 1 p.m. or until the trash bins are full. The convenience center is open for household trash every first and third Saturday. People most show proof of Pierce County residency in order to use the Center.