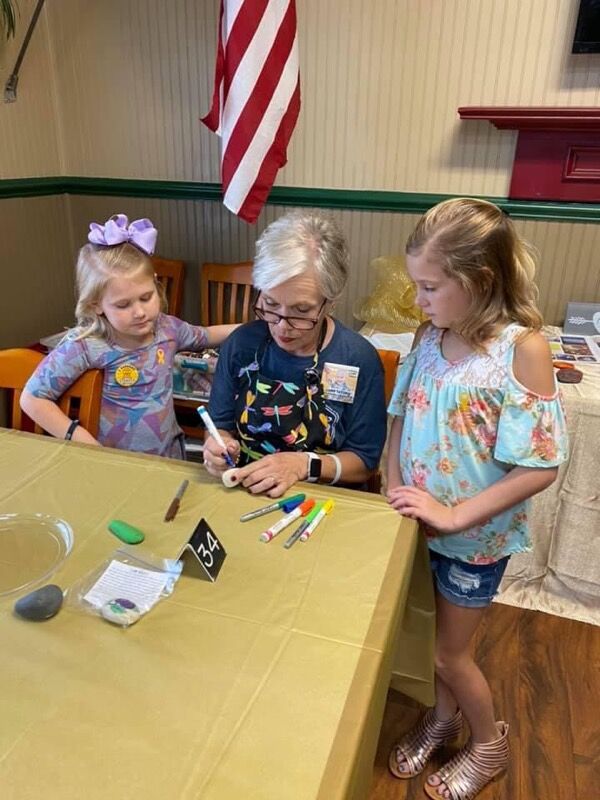 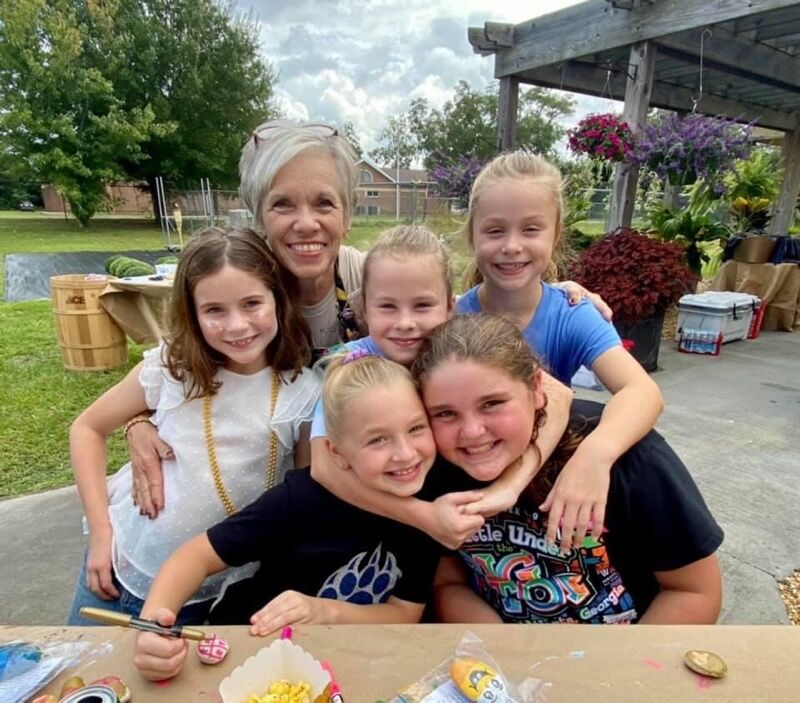 Gold bows adorned the doors and windows of businesses and some homes this month for Childhood Cancer Awareness Month, and many of those businesses stepped up to support local nonprofit, Campground Ministries, in their efforts to raise funds and awareness for childhood cancer.
Nancy Perry of Campground Ministries has organized Camp Rocks painting parties with Farmers and Builders (ACE) Hardware, Jerry J’s and Momentum Gym. Perry has also hosted several private parties this month, spreading her message for awareness and teaching children to pray for other children.
“Our area has been hit so hard (by childhood cancer),” Perry told the crowd at an event hosted by Farmers and Builders Saturday.
Three local children are currently fighting cancer, Perry reported.
“Children need a special kind of chemo ... they need more than four percent funding for research. They’ve got to do a better job for children,” she continued, referencing the fact that just four percent of the billions of dollars the U.S. government spends annually on cancer research is directed towards treating childhood cancer.
At each CAMP (Children Asking for more Prayers) Rocks event, Perry encourages kids to prayer for other children fighting cancer as they paint their rocks. Then, they hide the rocks in a public place for someone else to find, and post a photo to social media with the hashtag ‘#camprocks4kids.’ The next person to find the rock should also pray and re-hide the rock for someone else to discover and learn the message of Camp Rocks.
“When you hide them (the rocks) you say a prayer for children with cancer,” Perry explains. “If we can teach our children to be kind and love others, that’s going to go a long way in life. That’s why we paint them, hide them and post them on Facebook.”
Thousands of Camp Rocks have been hidden in all 50 states and in more than 15 other countries around the world.
Campground Ministries was formed by Perry’s daughter, Sarah Tatum, after her two-year-old son Camp (the ministry’s namesake) was diagnosed with brain cancer three years ago. Camp underwent surgery and treatment at St. Jude’s Children’s Hospital for six months, but did not survive his illness.
Now, Tatum, Perry and other supporters of Campground Ministries host Camp Rocks events, and organize other fundraisers to raise awareness and donate to childhood cancer research.

Is this the right time to switch careers? Many people are discovering passions during the pandemic

When it comes to chainsaws, put safety first