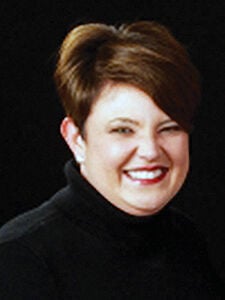 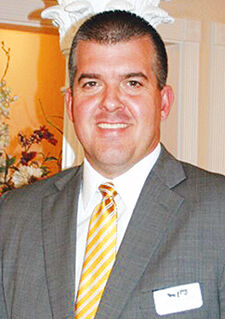 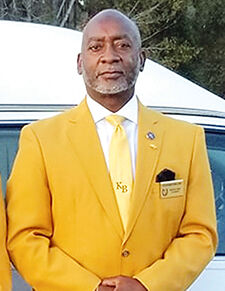 They are tired. Dead tired.

Just as first responders and local hospital staff have been stretched to their limits during the coronavirus pandemic, Blackshear funeral home directors also are worn out.

One is even asking for prayers.

“It’s safe to say we certainly appreciate the prayers because our job is a ministry and it’s not easy on a regular day, but we’re burying people we know because of COVID,” Sharon Pearson Godwin, of Pearson-Dial Funeral Home, said recently. “It’s overwhelming for us, too.”

Godwin, Adam Hart of Hart Funeral Home and Reginald King of Rainge Memorial Chapel all confirmed they have been faced with twice as many calls for services these past couple of months since the Delta variant has spread throughout the area and claimed younger and seemingly healthier Pierce Countians.

Although Hart declined to provide a specific number of COVID-19 cases he’s handled recently, Godwin said that of the 23 calls she received in August, 10 or 11 of them were for those taken by the coronavirus. She said normally the funeral home gets 10 to 15 total calls per month.

King estimated that at least 20% of his calls are COVID-related.

“We’re kind of baffled as to why it seems to be so bad now since more people are vaccinated,” Godwin said, adding she has handled a mixture of the vaccinated and unvaccinated, although she conceeded it’s mostly the unvaccinated.

Pierce County’s vaccination rate is still hovering under 30%, according to the latest figures from the Georgia Department of Health.

Wayne Memorial Hospital Chief Executive Officer Joe Ierardi said the unvaccinated still account for 100% of those on ventilators and 100% of those who’ve died from the coronavirus at the Jesup facility.

“This pandemic has been a whopper,” he said. “I’ve said it before and I’ll say it again: This is a pandemic of the unvaccinated.”

He said it’s also primarily the unvaccinated who have taken advantage of the highly-successful monoclonal antibody infusions for those getting doctors’ referrals after coming down with the virus.

“We were doing almost 16 infusions a day in early August,” Ierardi said, adding he believes many of the unvaccinated are using the infusions as a safety net to stay out of the hospital.

“The funny thing about the safety net is, I have a good friend who doesn’t believe in the vaccine because he believes it’s too experimental and not approved by the FDA,” he said. “He got COVID and had the monoclonal antibody treatment and he thought it was the greatest thing ever. I asked him if he realized that the treatment is considered experimental and not yet approved by the (federal) Food and Drug Administration (FDA).”

Godwin — who declined to discuss her own vaccination status — said she’s had families who have lost unvaccinated loved ones who still aren’t planning on getting vaccinated themselves.

“It’s still not swaying them,” she said.

Although Godwin said she believes the COVID-19 vaccines are “probably a good thing,” she still thinks more research needs to be done.

King admitted he’s not vaccinated because he feels he lives a healthy lifestyle and goes above and beyond when it comes to safety protocols for himself and his funeral homes.

King is the manager of the Blackshear facility, but he and his family own the funeral home they founded in Glennville and also have a mortuary in Hazlehurst.

He said masks are mandatory for everyone entering the parlors and they try to make sure people are distanced as much as possible.

Hart said that although he had the coronavirus last year and the resulting antibodies protecting him, he chose to get vaccinated as soon as he was eligible.

“As a parent, I want to see my kids grow up,” Hart said. “I am around a lot of people daily,  many who have been exposed to COVID in some way or another. My health, safety and the protection of my family and the families I serve was my top priority. If the vaccine could help me in any way, it was worth it to me personally.”

Hart stressed that the only advice he offers to friends and families is to make sure they are prepared for the unexpected.

“None of us are promised another minute,” he said. “Make the choices to be confident that you’ll spend eternity in Heaven. This world has certainly changed, but our Savior hasn’t!”

Hart also advises folks to talk to their family members about how to honor their own wishes.

“Countless families have come to our funeral home in the last year to make prearrangements in preparation for that day,” he said. “They wanted to make sure that burden was lifted from their loved ones. That’s a true selfless decision.”