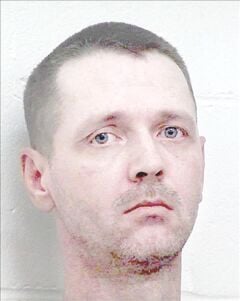 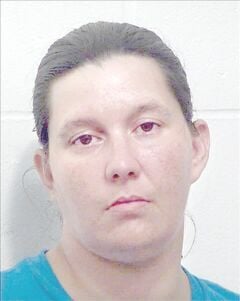 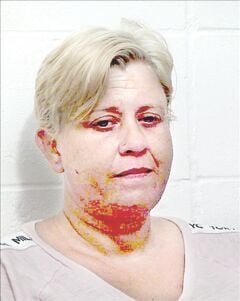 Four people have been arrested in connection with an armed robbery and kidnapping that took place in mid-September on Clark Road.
Derrick Keaton Reese, 41, of Waycross, Misty Marie Steedley, 36, of Brantley County, Stacey Nichole Steedley, 36, of Blackshear and Kenneth Berry Aldridge, 42, of Blackshear, were arrested in connection with the incident.
All four have been charged with armed robbery and kidnapping, Reese has additionally been charged with false report of a crime. S. Steedley and Aldridge are being held in the Pierce County Jail. Reese is being held in the Brantley County Jail. M. Steedley has been released on bond.
According to Sheriff Ramsey Bennett, the four allegedly beat, robbed and kidnapped Donald Sellers Jr. at gunpoint at 10:18 p.m. Wednesday, September 16.
Sellers, 28, of Blackshear, was driving on Clark Road near Sapp Road when he was boxed in by a gray car, a Dodge Ram pick-up truck and a Nissan Rouge.
Sellers said the four accused him of stealing a safe from M. Steedley’s home in Brantley County. He denies stealing anything from any of the individuals who allegedly attacked him.
He said the group took three sets of keys, an iPhone and a Tablet from him and took him against his will to a residence on Dixon Road.
Sellers told investigators he managed to run away and escape from his abductors.
Sellers sustained visible injuries to his face and neck including bruising and swelling above his right eye.
Georgia State Trooper Sherman McClain received a report of a hit and run accident that occurred in Pierce County, but was reported in Brantley County.
Reese and his girlfriend, M. Steedley, reported to McClain that they confronted Sellers  on Clark Road in Pierce County about a theft at their home in Brantley County. They reportedly told McClain they attacked Sellers and as he escaped, he struck their vehicle and fled.
M. Steedley was taken into custody at a Blackshear residence two days after the incident. She later reportedly told investigators no one had pointed a gun at Sellers during the course of the confrontation and no one had robbed him. She did reportedly say Reese had hit Sellers until she told him to stop. She said Sellers willingly got into her car and she drove him to another residence and he then ran away into the woods.
S. Steedley and Aldridge were also arrested on Friday after the incident. S. Steedley attempted to flee from officers after they attempted to serve the search warrant.
S. Steedley denied hitting Sellers. Aldridge denied hitting Sellers and told investigators that Reese did and he was afraid he was going to kill Sellers. Aldridge told investigators he was sorry about the entire incident.
Reese denied ever hitting Sellers and said S. Steedley’s boyfriend, Aldridge, hit him for almost hitting Stacey.
Reese said Sellers got into the car with them because he was going to show them where he hid the safe he had stolen from M. Steedley.
Investigators found signs of an incident at the Clark Road location and during the course of executing search warrants at the suspects’ homes found additional evidence.
GSP Trooper McClain, Investigators Jacob Winters and Corey Belue, Deputies Travis Courson, Mac Callahan and Darrell Dixon conducted the investigation.

5G's Mainstream Moment: What That Means for You

Toothbrush tips: How to get a professional clean feeling at home [Video]