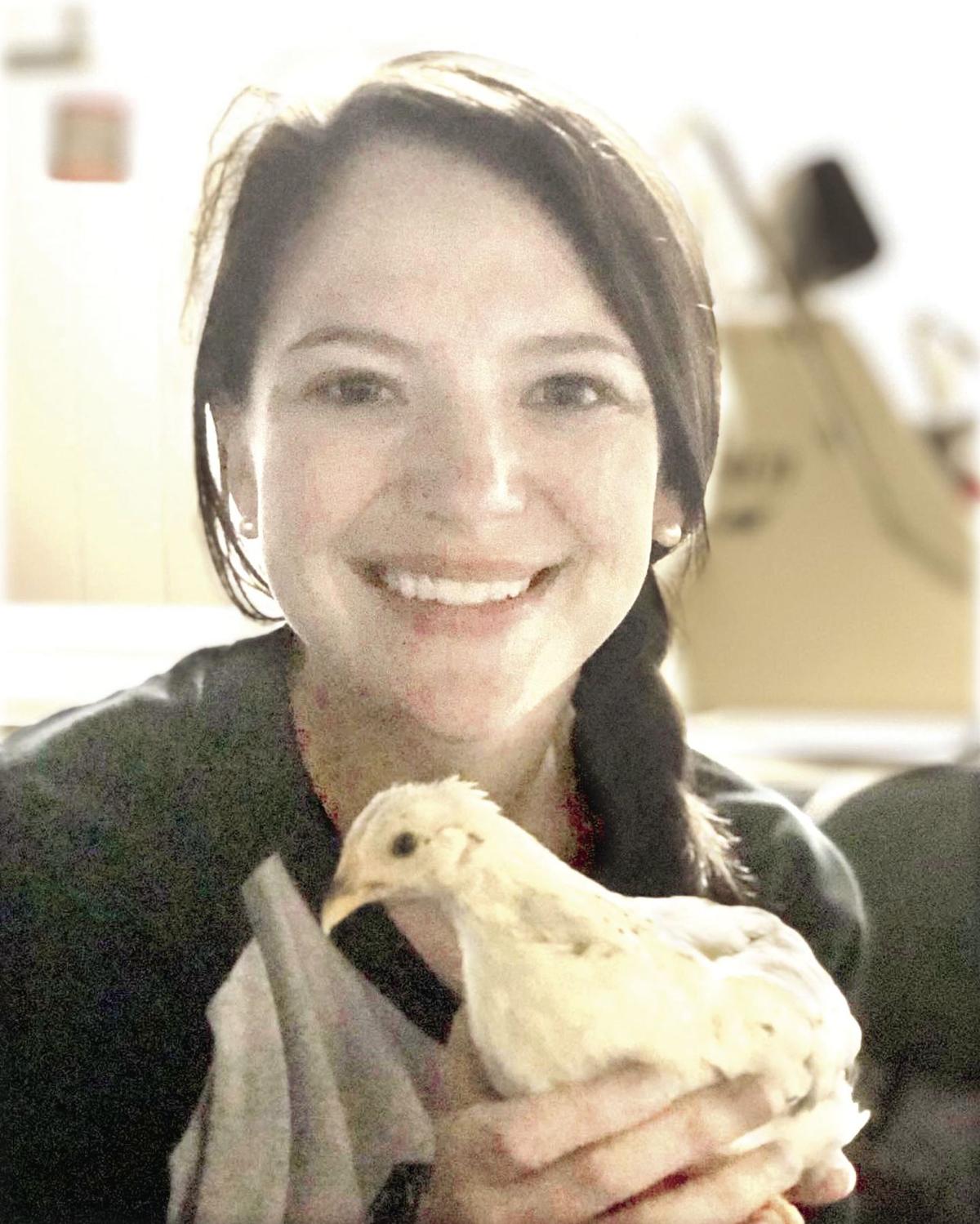 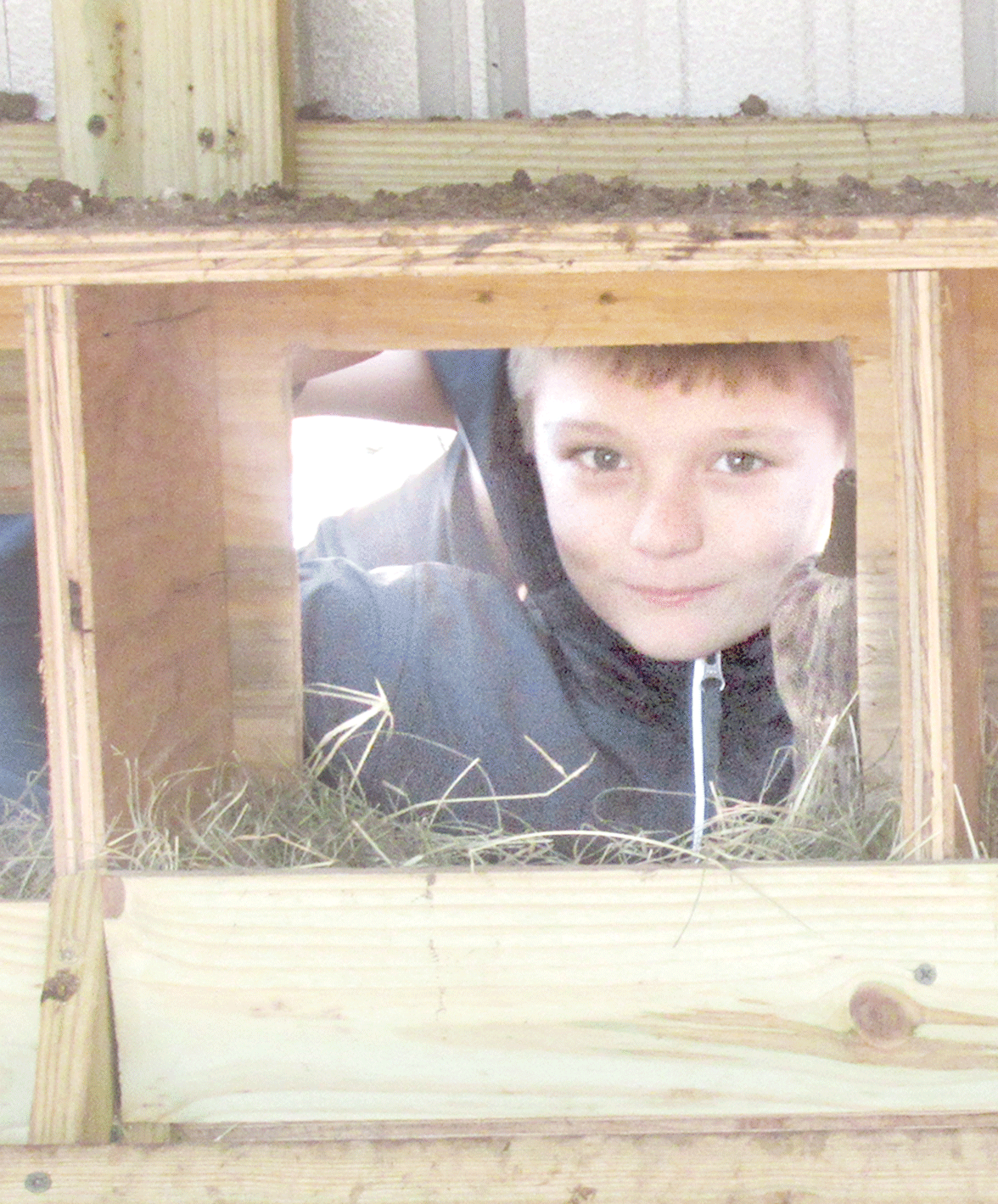 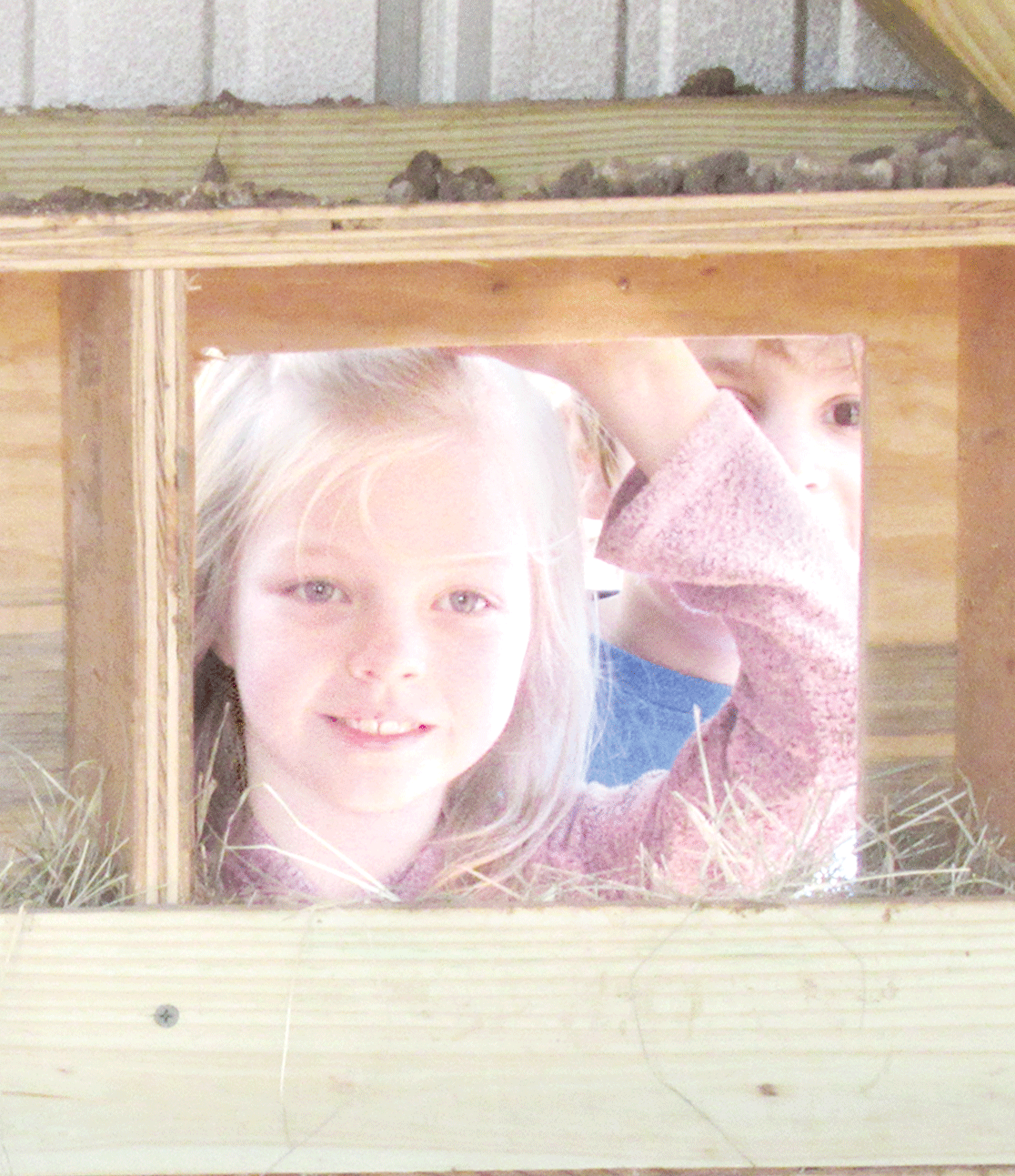 Why did the chickens cross the road? They wanted to get to Patterson Elementary’s new chicken farm.

Sydney Crisp Tyson, third grade math and science teacher at PES, came up with the idea at the first of the school year.

“My husband, Josh, my kids, Kynzee and Fletcher, and I have started raising chickens and during the summer I had a pet chicken I named ‘Charlotte’. I suggested it could be my class pet and the idea really started from there,” Tyson says.

The Tysons raised “Charlotte” from an egg, to a hatchling to a chick to a full grown chicken. That developmental process gave Tyson an idea for teaching her students.

“I thought we  should build a chicken coup and allow students to raise and maintain a flock of chickens as a learning exercise about agriculture and free enterprise,” she explains.

Tyson formed a committee with two colleagues, Julie Griner and Ivy Mock, who became the agriculture committee at Patterson Elementary.

“Both the middle and high schools have an agriculture program, so our idea is to have it at the elementary school level, too,” she said.

The trio developed ideas for lessons and began to plan having a chicken coup on campus as their first project. The group determined they would need about $1,200 to make the idea a reality.

Tyson applied for and received a teacher innovator grant in the amount of $500 from the Pierce County Foundation for Excellence in Education.

“I was so excited,” Tyson relates. “I had never written a grant before.”

The grant was seed money the agriculture committee combined with a Lowe’s grant for teachers.

That’s how the Patterson Eagle Eggs project was born.

The name of Patterson Elementary’s project — Eagle Eggs — does cause some funny looks when Tyson tells people the students will be working with chickens and not America’s emblem of freedom.

“We are raising chickens and not eagles, Tyson says with a laugh. “The Eagle name is in honor of the old Patterson High School mascot.”

From there, PES principal Teresa Dixon enlisted the help of local community residents Dave Peacock, Mandy Powers and Carl Boyer to build the coup and donate the chickens. Tyson’s husband, Josh, has also helped with preparation and Tyson secured Patterson Elementary’s outdoor classroom as the location of the chicken coup.

The first chickens began to arrive on campus during late January, early February.

Tyson says the opportunities for learning are many and varied.

She plans to teach science, economics, agriculture, math and maybe even social studies concepts with the project.

“Our idea is to sell the eggs wholesale. We also want to teach the students where their food comes from,” Tyson said.

Plans are to teach kindergarten through fifth grade students using the Eagle Eggs project. Lessons will include life cycles, basic needs and hands on type skills. Tyson says graphing, character, responsibilities, learning how to care of a living creature, and take ownership of that responsibility are all lessons that can be taught.

“If we can teach them to have a passion about it and to buy in to it, there is so much potential to teach,” Tyson said. “It is all about working together.”