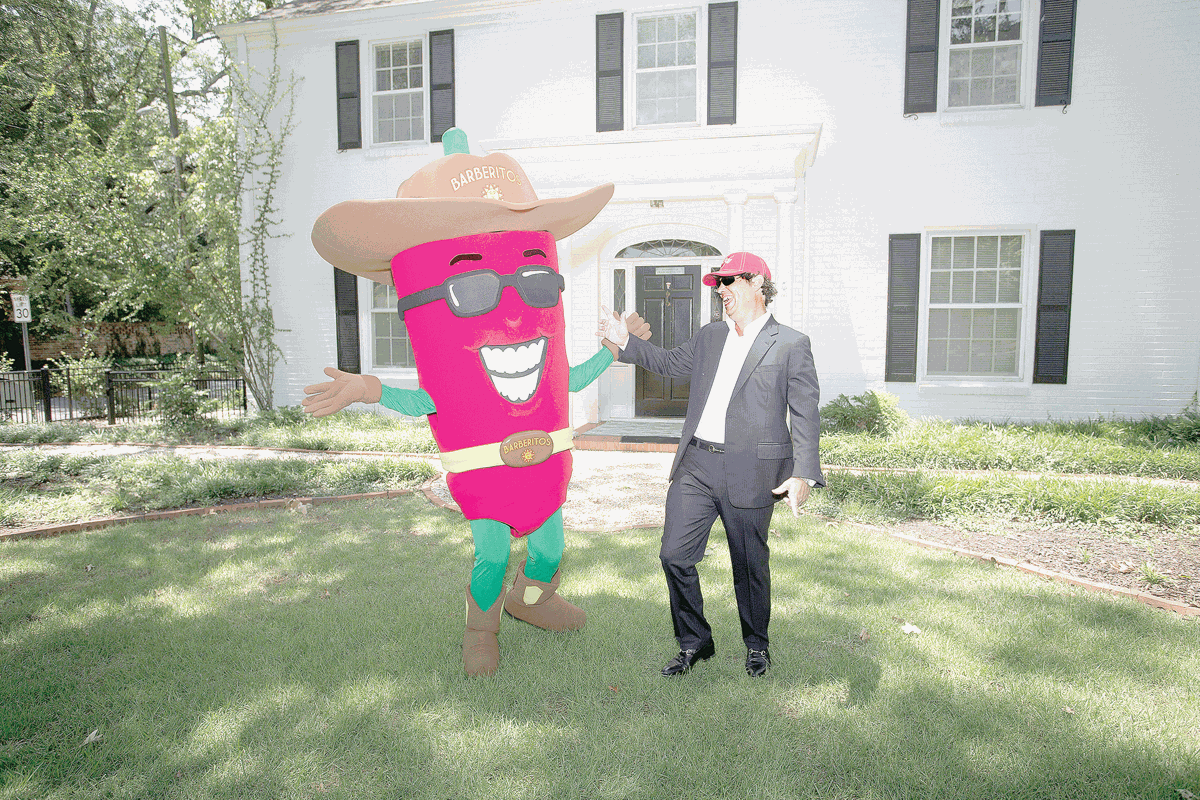 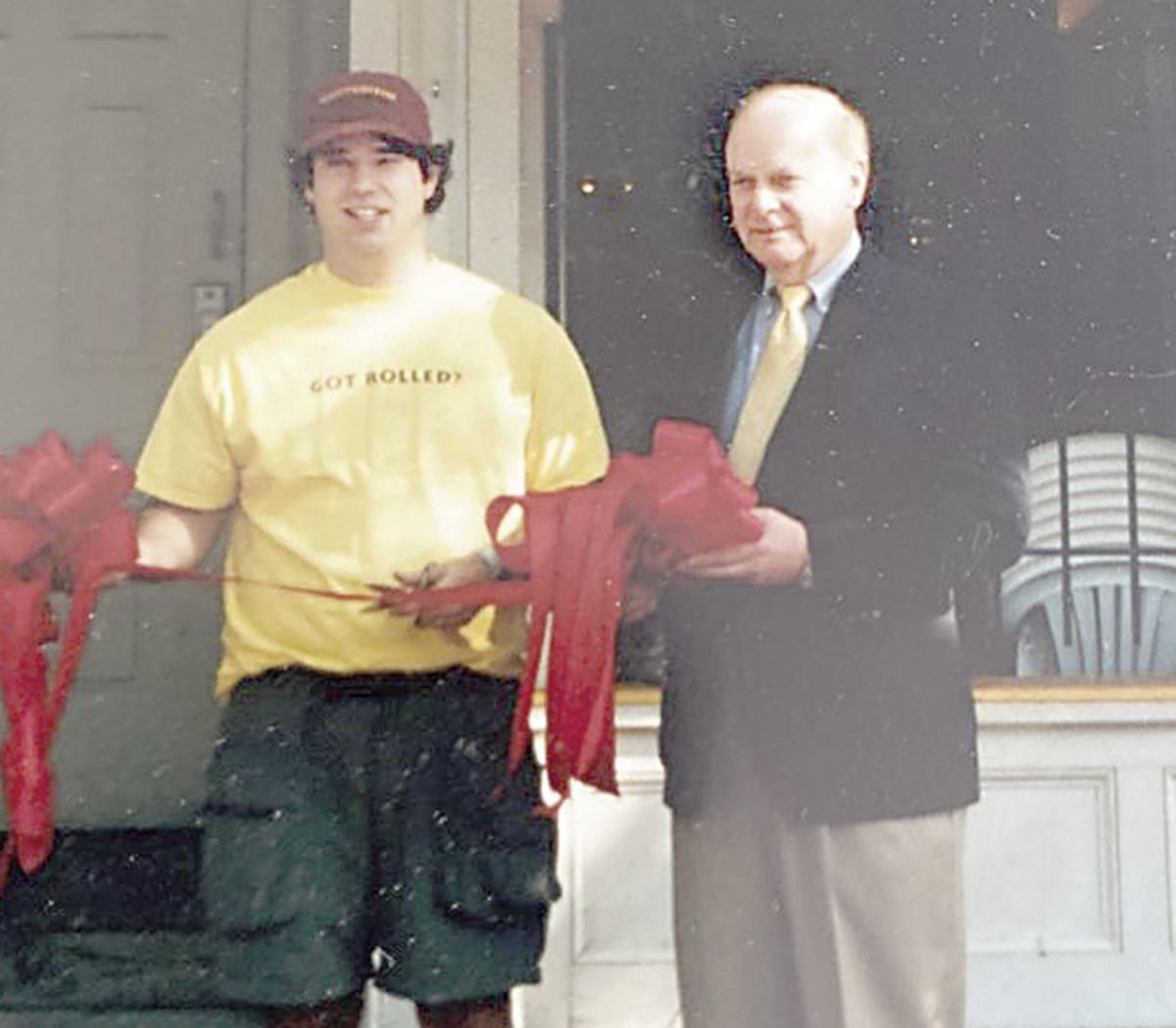 Downing Barber, left, is pictured with Randolph Holder at the ribbon cutting for his first Barberitos in downtown Athens 20 years ago.

Downing Barber, left, is pictured with Randolph Holder at the ribbon cutting for his first Barberitos in downtown Athens 20 years ago.

The sky is no limit

Pierce County native and successful entrepreneur Downing Barber has every right to cool his heels and relish in his accomplishments  — after all he’s celebrating 20 years as founder and owner of Barberitos, an independent restaurant chain with 50 locations across seven states  — but that isn’t Barber’s style.

He’ll keep his nose to the ground, working to make his Southwestern grille and cantina chain an even bigger success in the next decade.

“I learned in college not to rest on my laurels,” he says.

That’s not to say he hasn’t taken a moment or two to toast his success. Barberitos commemorated its 20th anniversary in February on the first-ever National Burrito Bowl Day.

Barber, a 1991 Pierce County High graduate, grew up working in his father, Fred Barber’s pharmacy, across from Harborview-Pierce, the former Pierce County Nursing Home, and he still speaks highly of “Pierce County people.”

Barber recalls his time at PCHS fondly, too, but his best memories weren’t made in a math class, science lab or even on the football field. Barber credits home economics teacher Ronda Sauls for launching his cooking career, teaching him life skills he still puts to use every single day.

“I planned on being a wild bachelor (so I needed to know how to cook),” Barber jokes. “My best memories were in Mrs. Sauls’ class.”

Barber does admit, however, that he and a buddy initially signed up for Sauls’ class because it was “full of girls.”

Maybe it was Sauls’ class or perhaps Barber has always possessed a strong sense of self-confidence, but Barber credits his success in business today primarily to believing in himself even when no one else could see his vision.

His top three keys to success in business are:

2. Have a product consumers want  — You have to have something good that people want to buy, Barber says.

3. Remember, the customer is the end goal  — making sure they are satisfied is top priority.

Even Barber’s confidence has faltered some over the last 20 years though, especially in Barberitos early days. Barber’s first restaurant opened in downtown Athens and he made $180 that first day and just $18,000 in his first month of business.

“I thought what everybody told me was coming true  — a lot of humble pie going down my throat,” Barber recalls.

Believing in himself and working hard helped him push onward, and he’s stayed true to some of his founding trademarks even as Barberitos continues to expand.

Many of the restaurant chain’s procedures and values have stayed the same for the last 20 years. Menu items are prepared and cooked in-house daily including hand-smashed guacamole, home-made salsas, fresh-cut vegetables, rice and beans, as well as chicken, steak, turkey, pulled pork and tofu.

“Barberitos has remained true to our mission of serving ‘fresh, fast and delicious’ food since we opened our first restaurant in 2000,” said Barber. “Barberitos is like a big family, and we have always strived to treat all of our guests as extended family, which is why we have such a loyal following through the years.”

Will a Barberitos ever open here?

“There’s some opportunities there that we’re looking at,” Barber says.

Barber is the son of Fred and Julie Barber. He currently lives in Athens, with his wife, Candace, and two children Mary Brooke and Downing, Jr.

For more information about Barberitos, the company’s food, health information, locations, franchise opportunities and its commitment to people and community, please visit www.barberitos.com.

Financial anxiety weighing on your mental health? Try these tips

Recognizing Those Using Creativity to Give Back [Video]