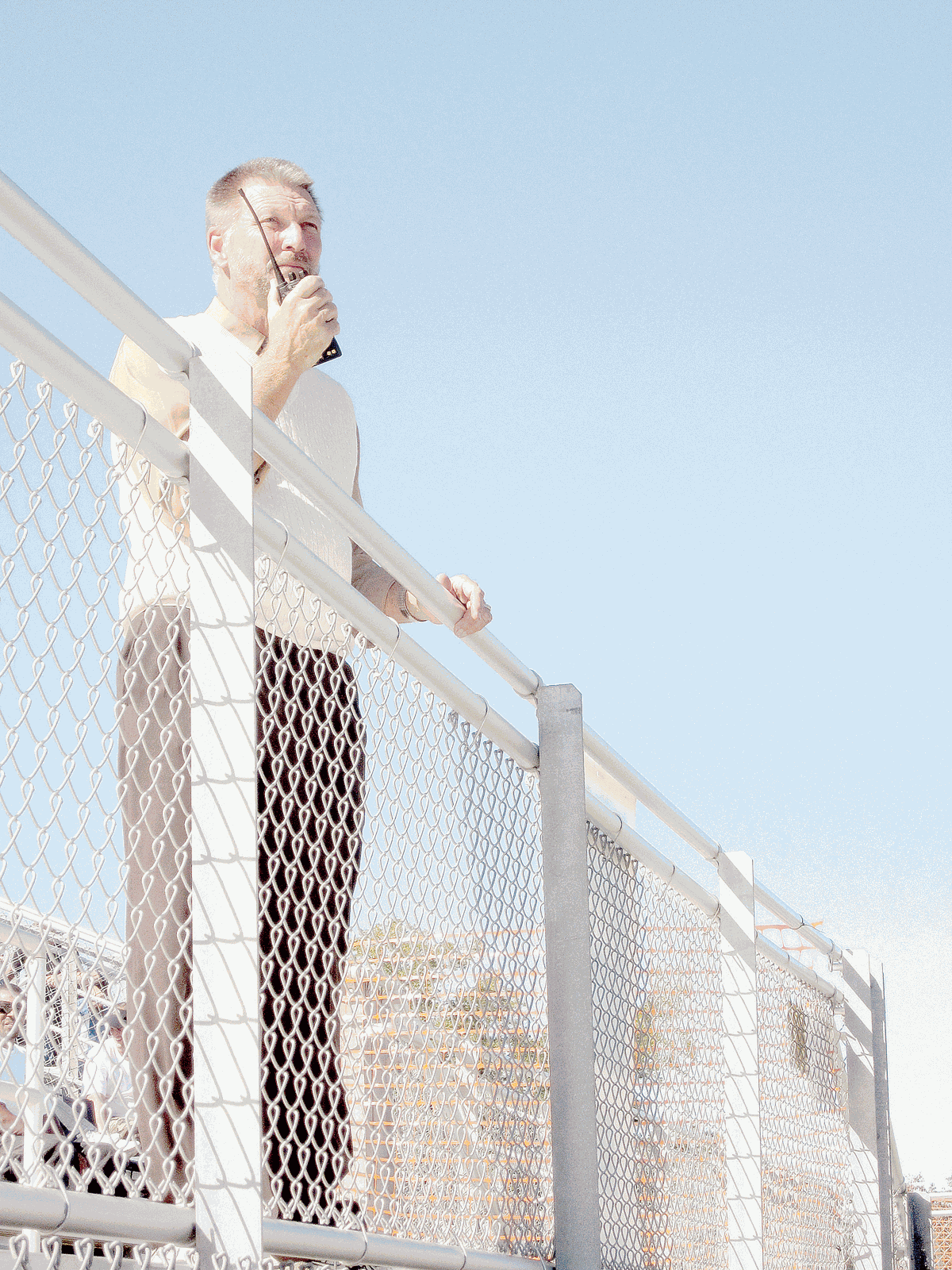 In this Times’ file photo, Band Director Bob Edwards offers directions to more than 100 paraders during a 2010 band competition from his perch above the marching field. 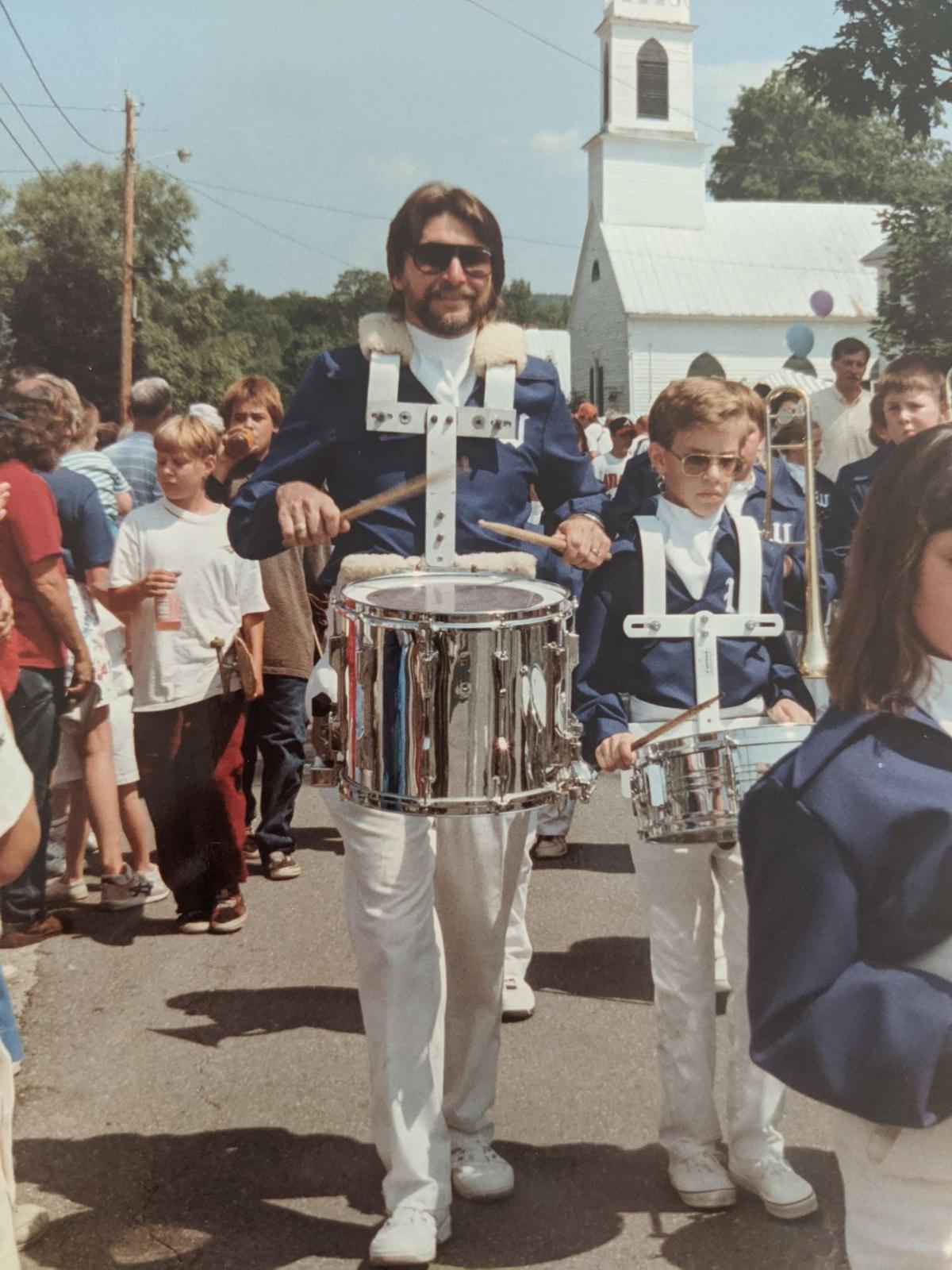 Bob Edwards directs and marches in a parade in the early years of his career.

In this Times’ file photo, Band Director Bob Edwards offers directions to more than 100 paraders during a 2010 band competition from his perch above the marching field.

Bob Edwards directs and marches in a parade in the early years of his career.

Pierce County High School band director Bob Edwards will lay down his conductor’s baton and might march a bit out of rhythm after June of this year.

Edwards announced in March he will retire at the end of this school year after more than four decades directing bands — including the last almost quarter century at Pierce County High School.

Edwards’ resignation (retirement) was formally accepted by the Pierce County Board of Education at their March regular meeting.

He has been in education for 44 years, including the past 24 years in Pierce County.

A graduate of Florida State University, Edwards taught in Florida for 17 years and in Vermont for five years before coming to Pierce County in 1996. Edwards has led band programs from the fourth grade-12th grade during his career.

His fellow educators point out that Edwards’ “tireless devotion” to students is evident in his dedication to year-round band competitions and related activities.

Known for his strong worth ethic and organizational skills, Edwards has often taught his students “if you are just on time for an appointment, you are already late.”

Edwards has also been known to use unique ideas to motivate his students including growing a pony tail and pledging to cut it only if his young charges won superiors at competition. His students rose to the challenge that year, and after the pony tail was cut, it was presented to him in a display case.

Edwards has guided the Sound of Silver to numerous awards for excellence including countless superior ratings over the past two and a half decades and was also instrumental in launching the annual Sound of Silver Band Festival held each October in Bearville. Many of his band students have excelled in jazz and symphonic band and in district and all state competitions.

Edwards has received numerous honors for his work including being named teacher of the year at the high school this year and earning the Huel P. Walker Award for Excellence in Education in 2016.

While he is known as the person at the helm of the PCHS Sound of Silver, Edwards also serves as minister of music at Patterson Baptist Church.

Edwards and his first wife, Patty Edwards, are the parents of two children, Blake Edwards and Darby Howard.

P. Edwards was the color guard director at PCHS until she passed away in 2004 after a battle with cancer.

Edwards then married Kim Bell Edwards and she has a daughter, Alexis.

He has two grandchildren, Christian and Caden and three grandpups, who are “like part of the family”.

6 Tips for Refinancing Your Mortgage

5 ways to go green and stay comfortable at home

Finding unity under the American flag during COVID-19